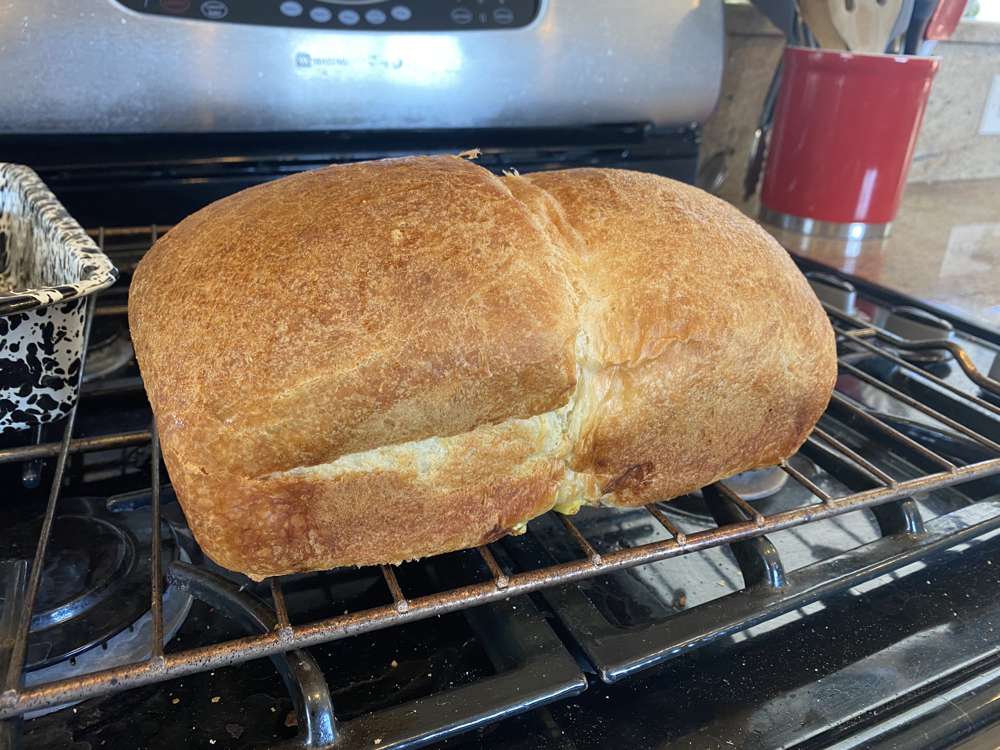 I made No Knead Brioche

I initially followed the recipe but it was so unbelievably wet that I had to add a ton of flour. I was just trying to get it to come together so I wasn't measuring but it was as much as another 1/2 cup. Also, while I used bread flour in the main, I added all purpose.

This was before adding more flour. It was so wet:

I was really disappointed that (a) I had to add so much flour and (b) I don't know how much and (c) I didn't note it last time either. Meredith seems to recall I had similar issues but again, I didn't note it.

I tried to weigh the dough after everything and got 674 grams. I figured I could backout how much flour I added but, as can be seen below, I ended up with less overall. So that didn't work. I really don't think I messed up any of the measurements though it is a possibility, especially since I came out under. I will be extra careful next time to both make sure I start with the right amount and that I know how much more I add

The dough felt pretty dry coming out of the fridge. Maybe too much flour? Or it was just cold. Anyway, I followed the rest of the recipe and once it was at about the top of the pan.

One side grew too much. You can't see in the cross section but there was a bubble under that side. Oops.

Otherwise, it was pretty good. Maybe a tad over-proofed. And less tasty (and less shiny) than last time but still pretty good.