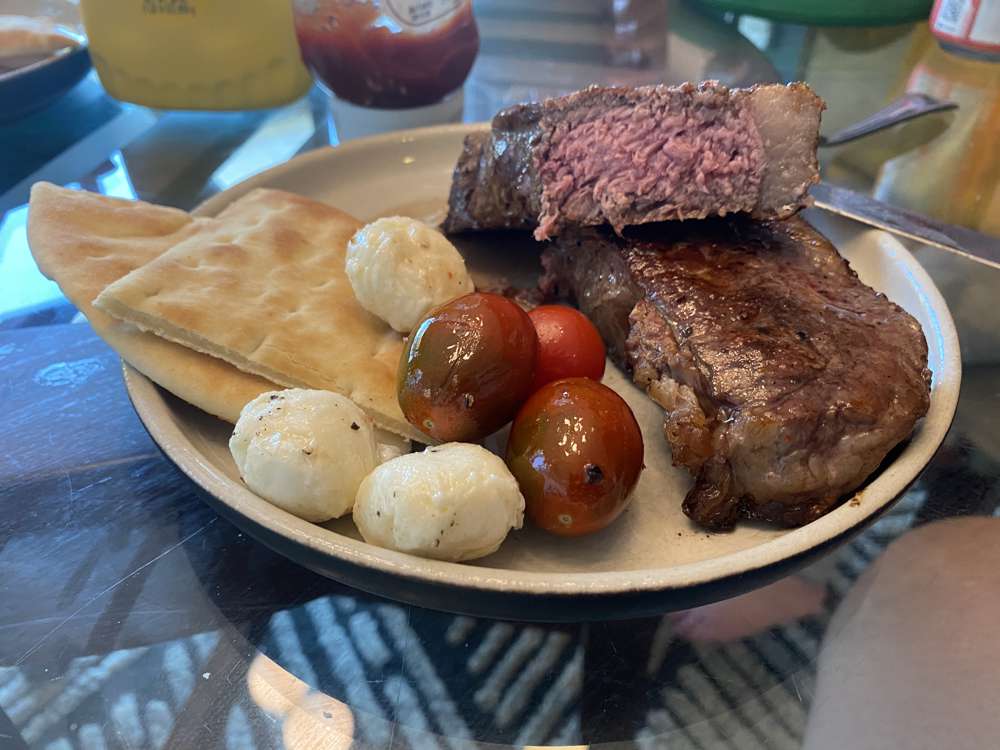 I used prime grade NY Strips from Costco and I quasi-dry-brinned them. At around 3.5 hours before cooking, I gave them a nice coating of salt (and some pepper) and let them sit in the fridge for a few hours before moving them to the counter to warm up.

I put them in the oven at 275°F and they came up to 125°F super fast. I was resting them when I realized I probably didn't place the thermometer well. After re-inserting it and seeing I was far from temp, I put them back in the oven. I took them out around 130°F (ish) and let them rest for about 15 minutes.

I finished them on the baking steel on the grill with lots of ghee but nothing else.

They were much (!!!) better than last time. You could really taste the meat; they were tender and juicy; and had a way better texture.

Between the resting time plus probably searing too long, they did get a bit more medium well rather than medium but that didn't seem to affect flavor too much. I also had a lot of fat catch fire and you could taste a bit of the fire-flavor (not in a good way) but it was pretty subdued. Overall, I was very happy with how these came out compared to before.

Also sliced into a sandwich with leftover 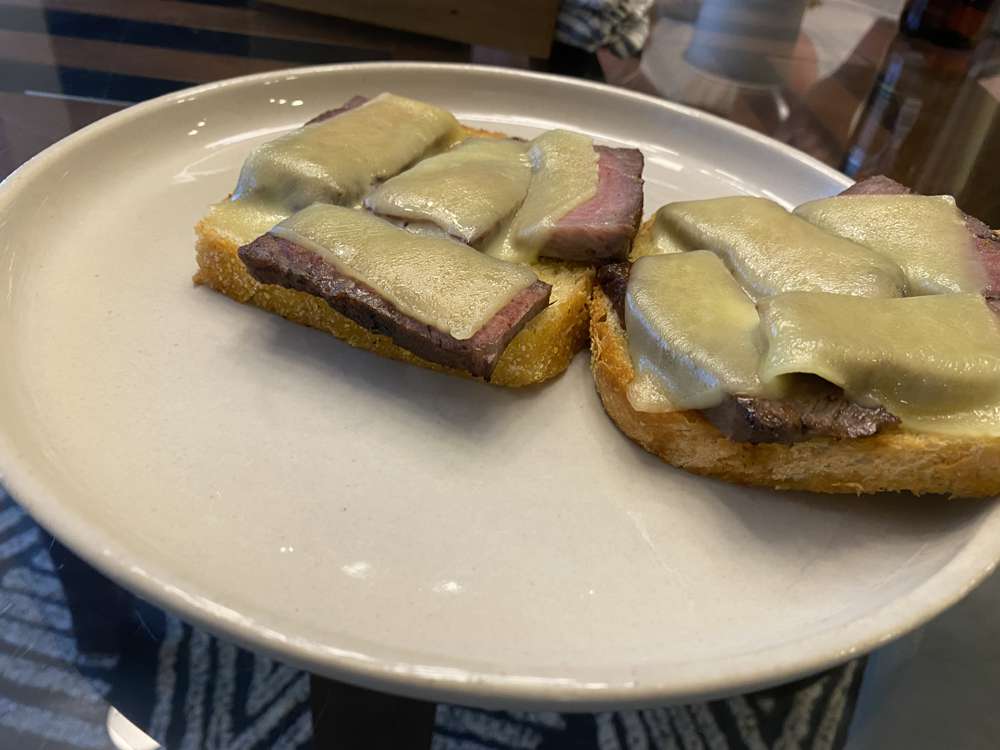