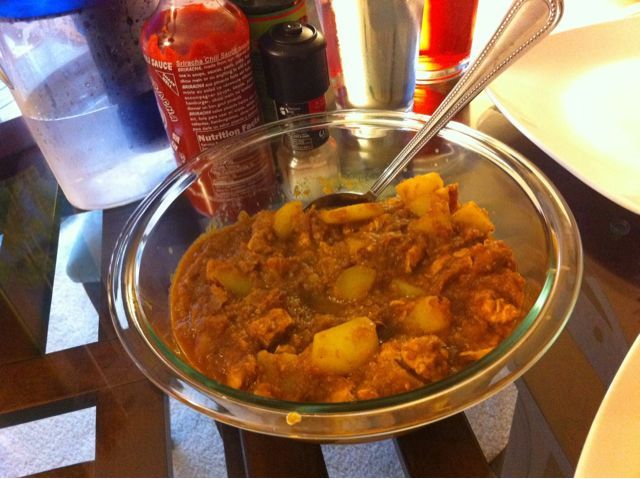 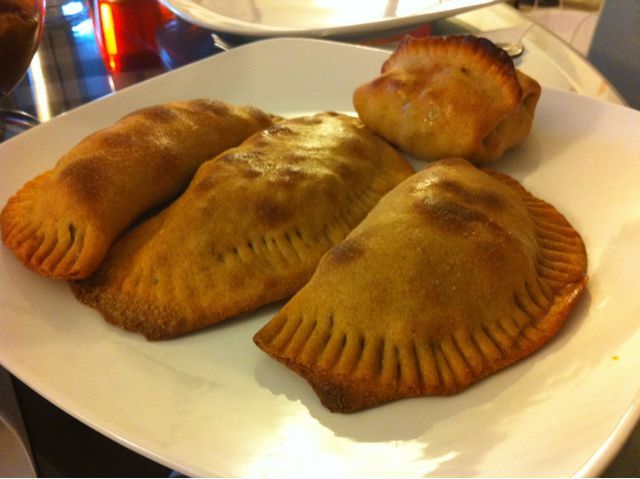 The chicken vindaloo comes from this recipe (epicurious). I followed some of the commenters and sauteed the onions first. I also did not have cayenne pepper so I used siracha sauce. Also, I initially measured out the said amount of seasonings and then I just added more. Not very specific but it did not have enough flavor. Finally, I sauteed the chicken a bit first to make sure it was fully cooked.

The samosas were highly successful. See the post with the recipe. It makes 6 but only 4 are shown. Meredith experimented with a different folding on one.

The filling is 4 points and you split it into 6 so just say one point each to account for anything else.