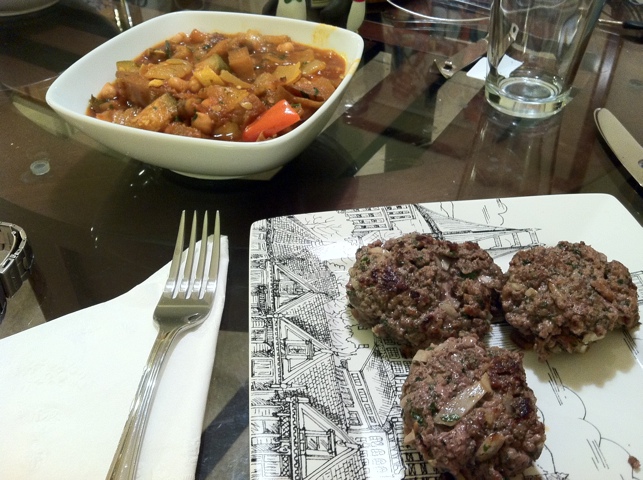 We did the koftas without any tzatziki or bread. We just ate them with a fork and knife. We followed the same recipe as last time except we didn't use too much salt. The mint was wintergreen I think and maybe I used more since they were mintier than before. I still really liked them. It is just not an expected flavor inside of beef.

The stew was based on the recipe below. It was a bitdisappointing. Not too many flavors came out. I think one thing was the pot with everything but the eggplant was too crowded so we didn't get the flavors to develop as well. Also, we went lighter on the sauce since were using the leftovers from the pizza and it was all we had.After reading about Harissa, we usedSriracha instead. We actually had and used freshparsleyand cilantro. No hurry to make this again!

Chickpea Stew With Eggplants, Tomatoes, And Peppers (From Serious Eats)