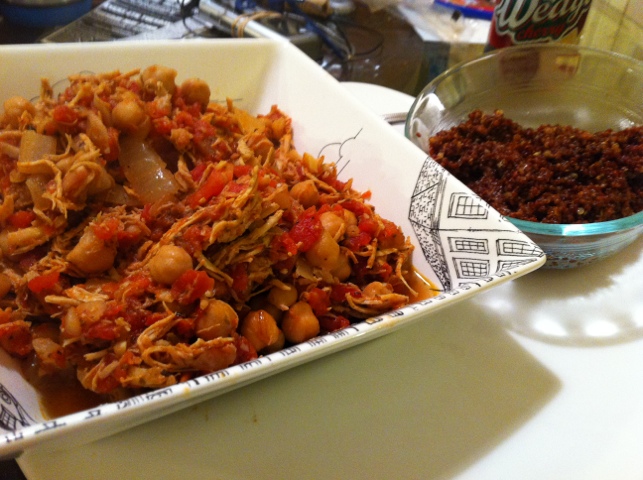 Overall, I liked the meal a lot but there wasn't really any new flavors. It kinda reminded me of most other tomatoey meals. Though, I let it cook to be pretty dry which was different. Again, like yesterday, it had chickpeaswhich I am getting kinda tired of it now. So, good, but nothing too special.

Mediterranean Chicken Stew with Cinnamon Couscous (from The Kitchn)