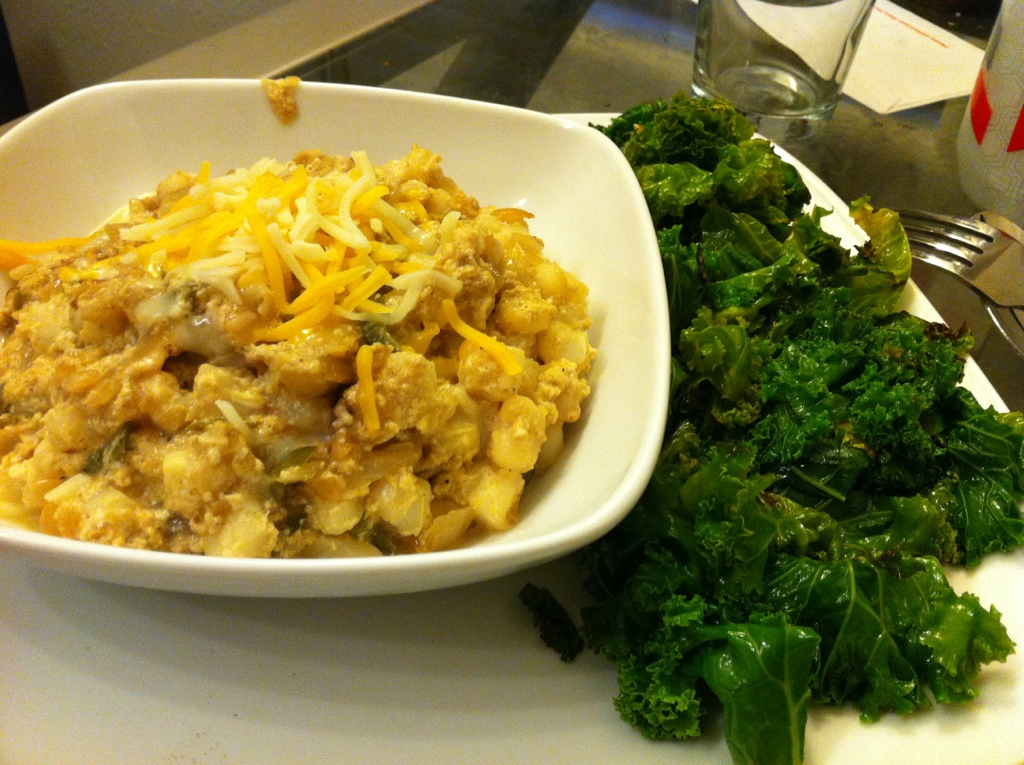 I followed the recipe below. I did not make many changes except I used serrano peppers (I think) and I used 4 or 5 of them. It didn't make it too spicy but it has a nice kick. I also no oil (or pam) and less cheese. Finally, I used fat free greek yogurt instead of sour cream. That had a large affect on the final product. Lower fat the milk, the more easily it curdles. So, this curdles quite a bit from the yogurt. It didn't affect the taste, but gave it a gritty and strange texture. I would make it again and I guess I would have to accept the curdled yogurtbecausethat is the only way to keep the points down. (I didn't calculate them but they were not too bad. Something like 14 for the hominy plus everything else)