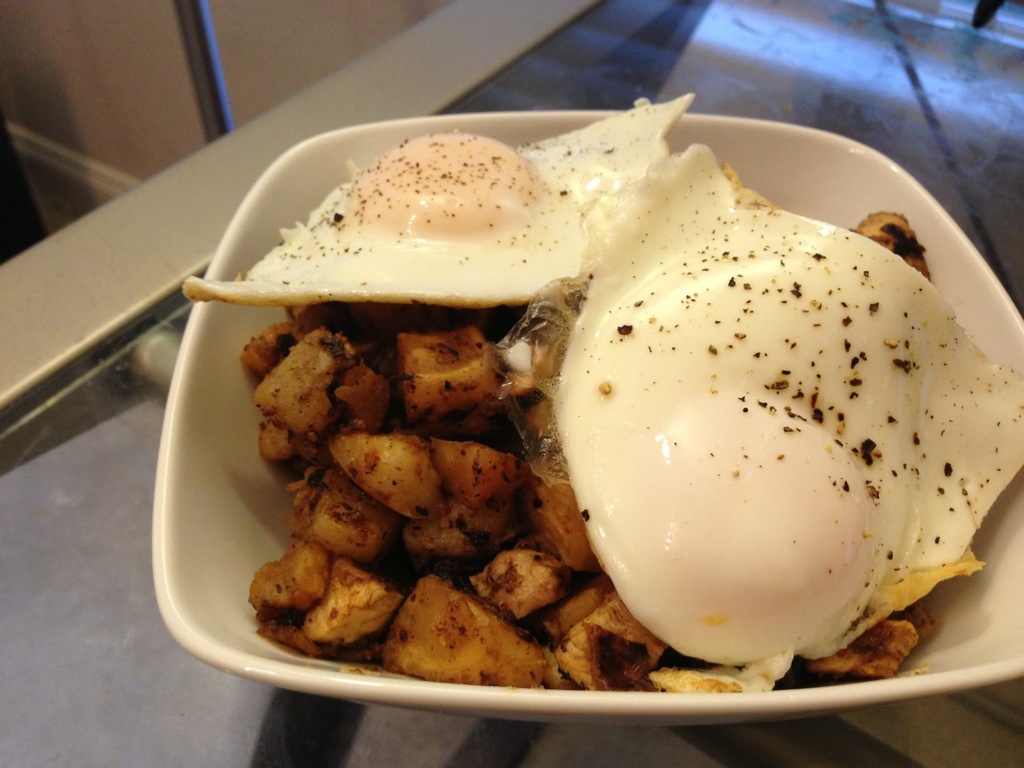 I made chicken hash basically using the recipe below with a few changes (some on purpose, some by accident). Instead of 22oz ofpotatoes, I used a mix of 6 1/8 oz Daikon Radish, 7 5/8 oz celery and 8 oz yukon gold potato. I let the celery root cook longer in the water than the rest of the things. Instead of 1 lbs on chicken, I used 1/2 lbs chicken breast and a tiny chicken thigh (~0.15 lbs).

I also forgot to use paprika and turmeric. I just used the za'atar, salt and pepper for the spices. However, where I really messed up is I added the chicken, broth and everything when I added the potatoes so they didn't get the extra time to brown under a drier heat. Instead they cooked with everything. That basically meant that it was a bit mushy with less crisp bits, etc. I also cooked the eggs entirely sans oil.

Overall, I liked it a lot. The only thing I reallydidn't like was that the celery root was still very stringy and often fibrous. I ended up spitting a lot of those chunks out. The potato and the daikon radish sere largely indistinguishable! I would definitely do it again and I'd look into additional potato alternatives. The harissa added some spice, though less than I expected when I tasted it alone.