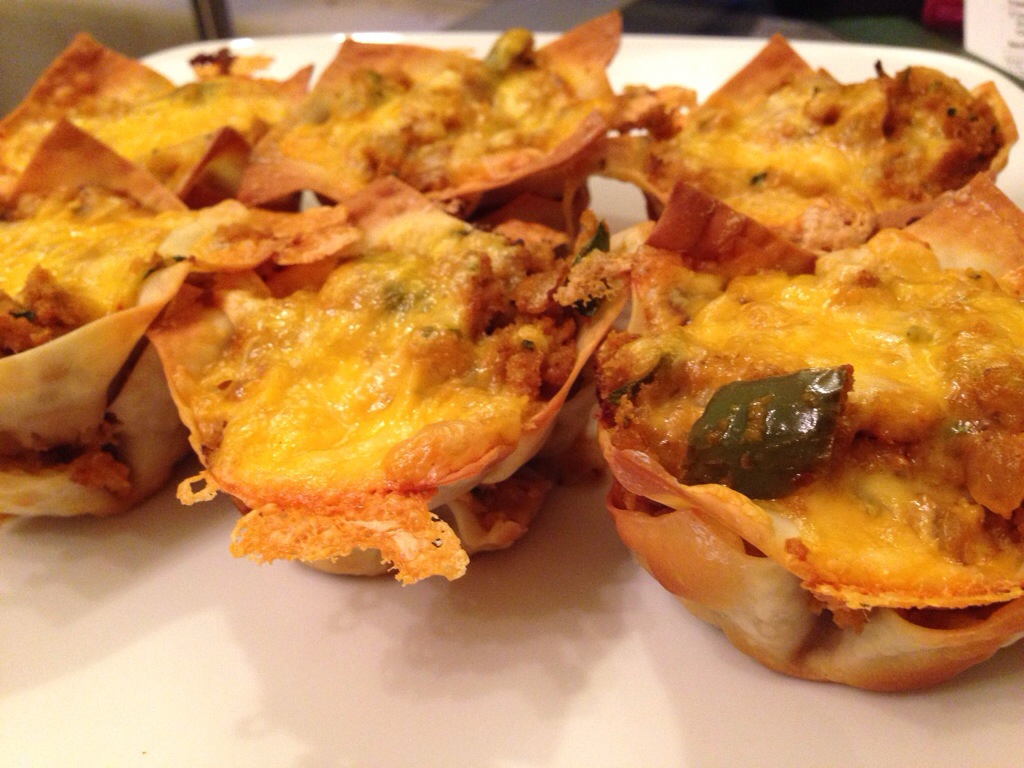 I made cupcakes with seitan. It was a bit strange. I used the seitan I made on 2013-09-17. I shredded it with the grater blade in the food processor. I also did zucchini. I cooked it with sautéd onions, some jalapeños, hot salsa and finally some laughing cow. After that, I followed my regular dinner cupcake procedure. The bottom layer cooked a bit too much. It wasn't burned but it shrunk a bit. Next time a bit shorter.

Anyway, the filling was interesting. I had hoped that the food processor would grate it but, likely due to the springiness, it became more powdered. Maybe a bit like ground seitan. It certainly had the flavor of seitan but lost all texture. I want to look into better ways to make finely chopped. Still, it was pretty good.

I also made kale chips (pictured below) with the method I discuss on 2012-07-31. I tried two things differently. First, I was lazy and didn't cut the stems. The second was that I cooked half of it with the cooling rack in the pan. It actually cooked better on the pan with parchment so I'll know not to do it that way again. 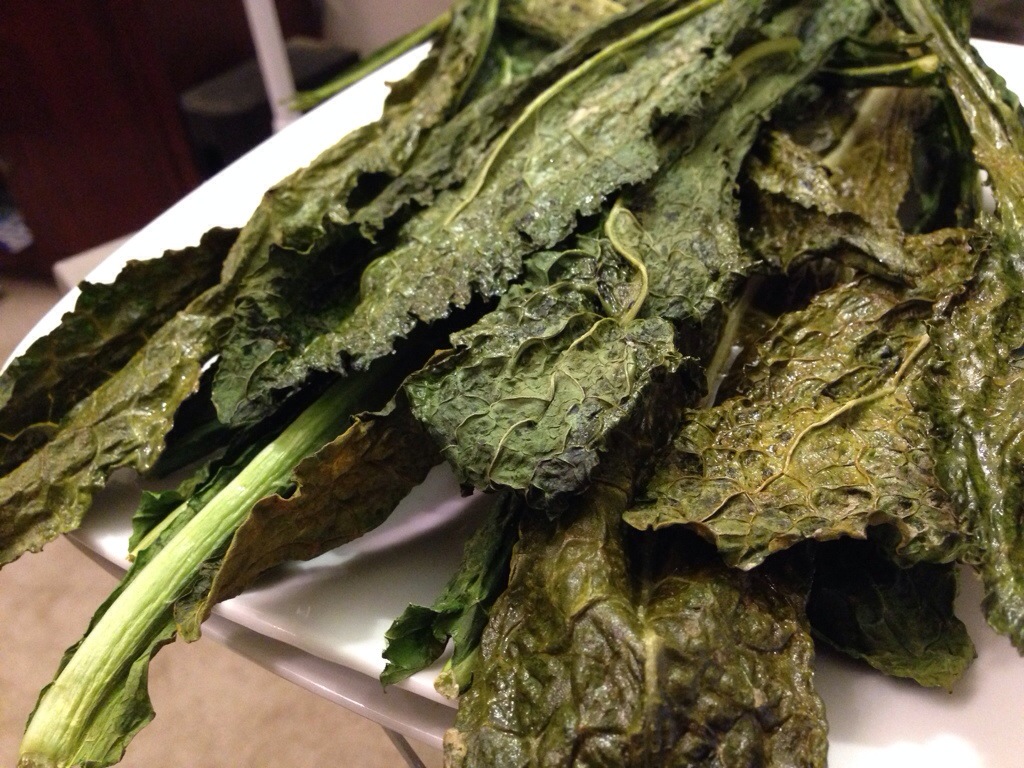