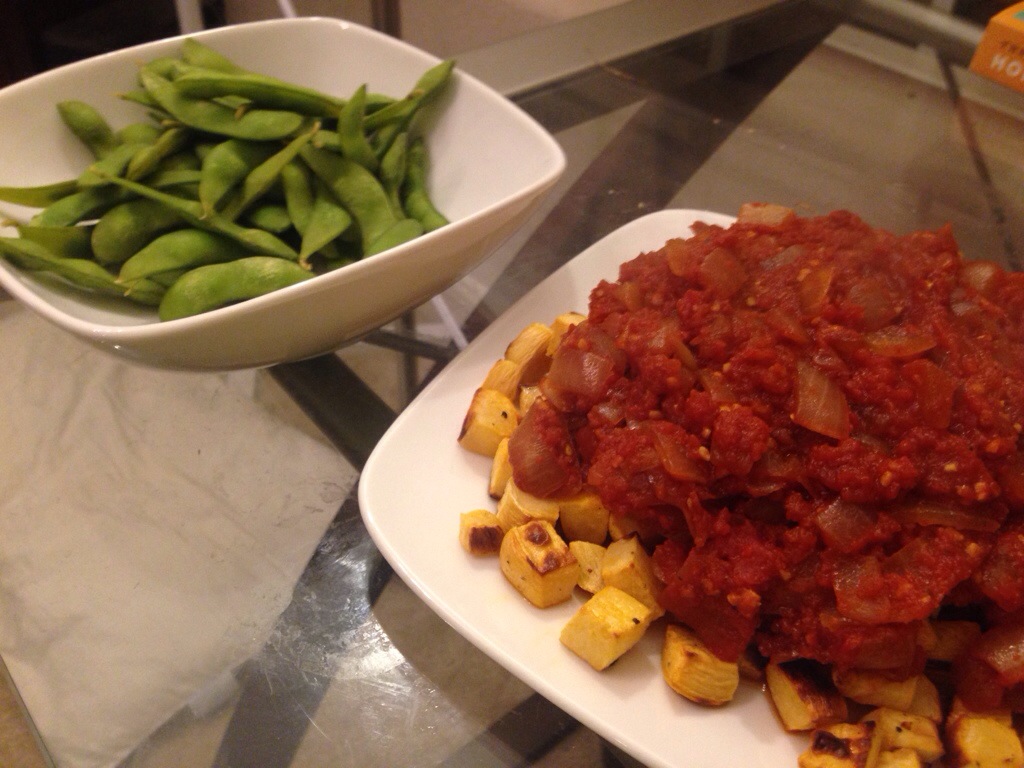 So this really should be called "nabo sueco bravas" since "nabo sueco" is spanish for rutabaga. Anyway, I made the patatas bravas sauce inspired by what we have done in the past. I used a 14oz can of tomatoes and I just added the spices to taste. I also added some sriracha. I lightly used the immersion blender on the tomatoes in the can. I roasted the rutabaga for about 45 minutes at 425°F.

The dish was very good. Maybe a bit too spicy but still, lots of flavor from the onion and the paprika. Rutabaga is slightly sweeter and less starchy than potato but it wasn't too noticeable