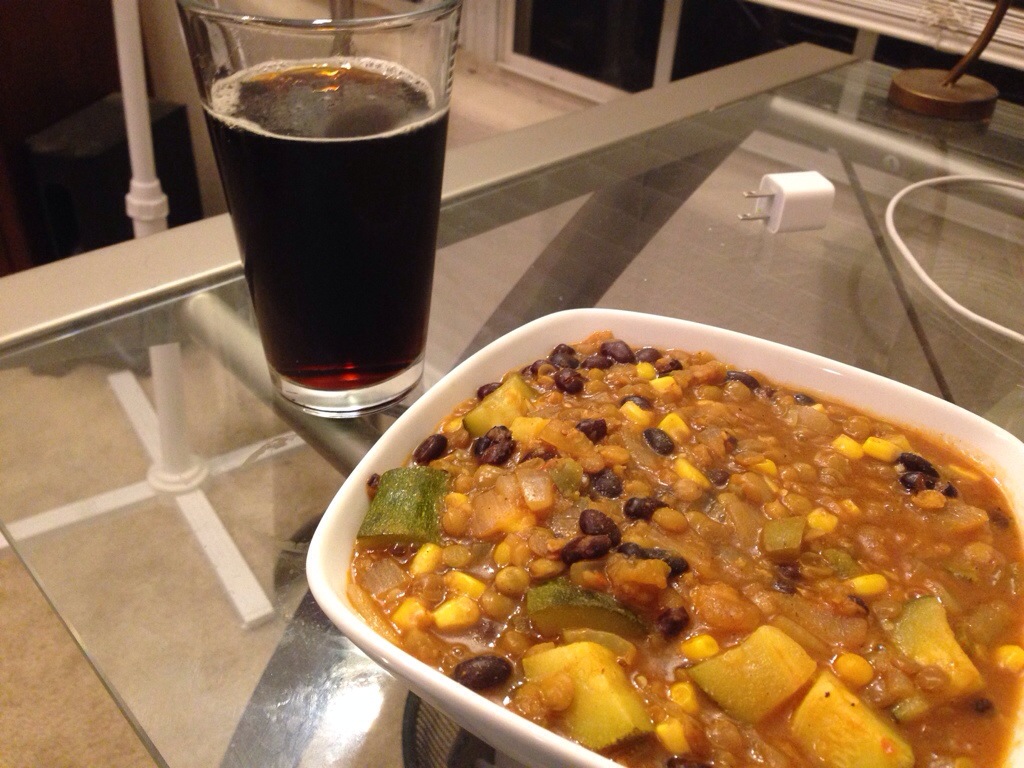 I intended to make my regular Taco Stew with lentils. I followed the basic recipe except that I forgot to add the can of tomatoes. I think that is why the color is so off. I also used extra squash.

Despite forgetting the tomatoes, the stew was really good. I think I like the lentil version more than the beef one. Not only is the lentil one easier, but I think it tastes better (and my be healthier too)

(BTW, the beer is my Brown Ale)