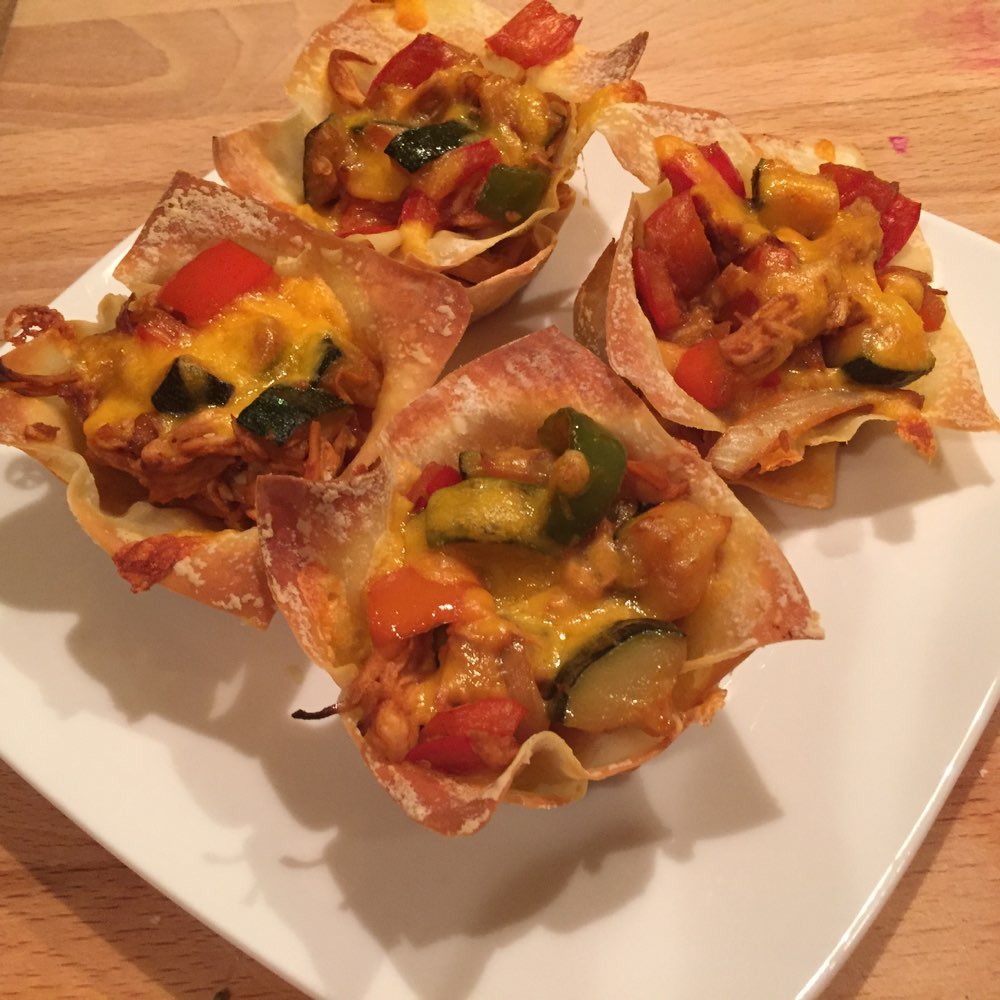 I made buffalo chicken cupcakes using my cupcake method with the addition of a tiny bit of cheese on the bottom too.

They came out incredible. Probably the best ones I've had (though I haven't made them in ages). There was a good mix of cheesiness, flavor, buffalo, and other spices. However... I was a bit curious about the nutrition; especially with the amount of cheese I used in the end. It was bad!!! See below.

I also note some changes below for next time.

Anyway, for the filling, I made a Buffalo Chicken inspired filling. I melted

I let that sauté for a bit. I then added

I made the mistake of calculating the nutrition. I assumed I used about 4 oz of cheddar based on the size of the package. Obviously, this does not include the veggies.

Most of these are about what I think I could give up to make it a bit healthier. Probably the biggest thing is less cheese and butter. I could also use less chicken though if I do, I want to bulk it up with even more veggies.