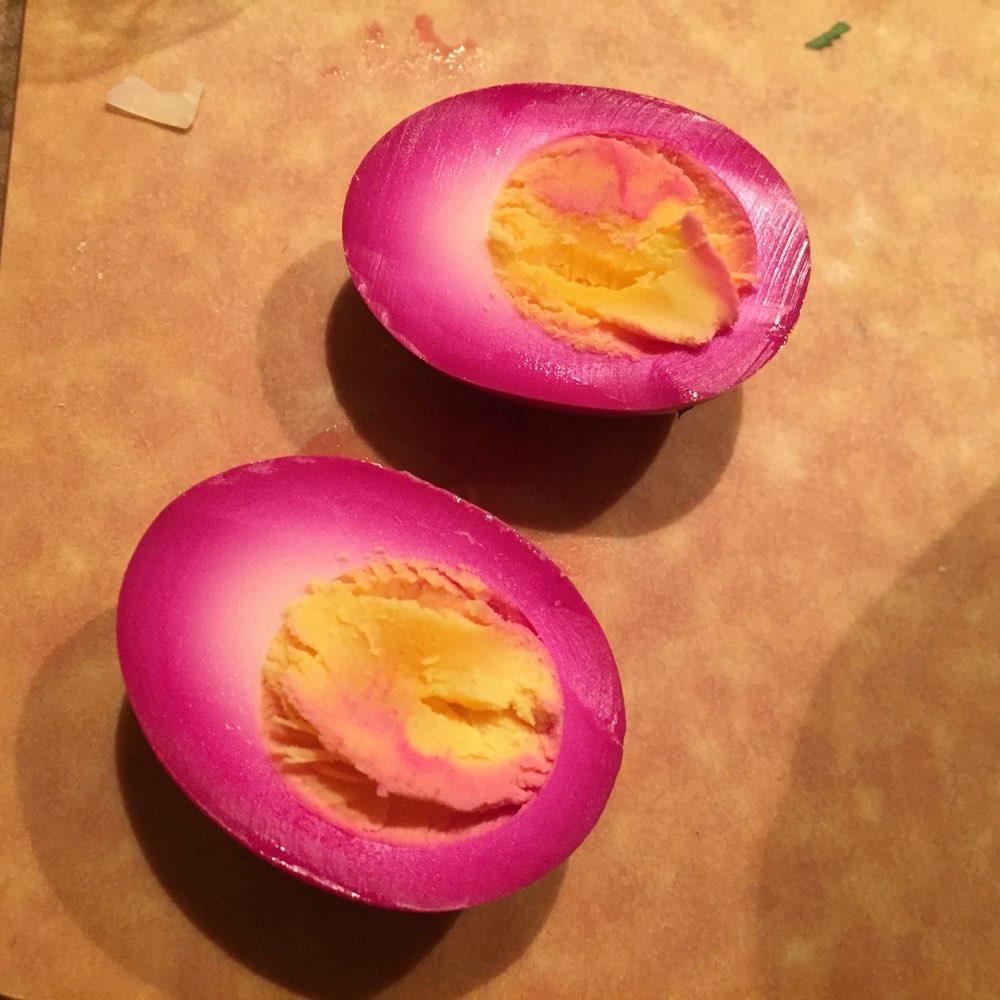 I made beet pickled eggs using my Dad's recipe from last time. I followed the recipe pretty closely with the only real change being that I split the extra stuff as top and bottom and I used only 8 eggs. I used my regular method for "boiled" eggs. One egg actually broke but then I remembered that I made hard boiled eggs before and took an extra from there.

After about a week (made on 2016-01-31) they got a great color and some good flavor. I wonder if I can reuse the brine for another batch even if it won't have all of the onions. Or, maybe I will add another can and half an onion with the same brine. (to be continued) 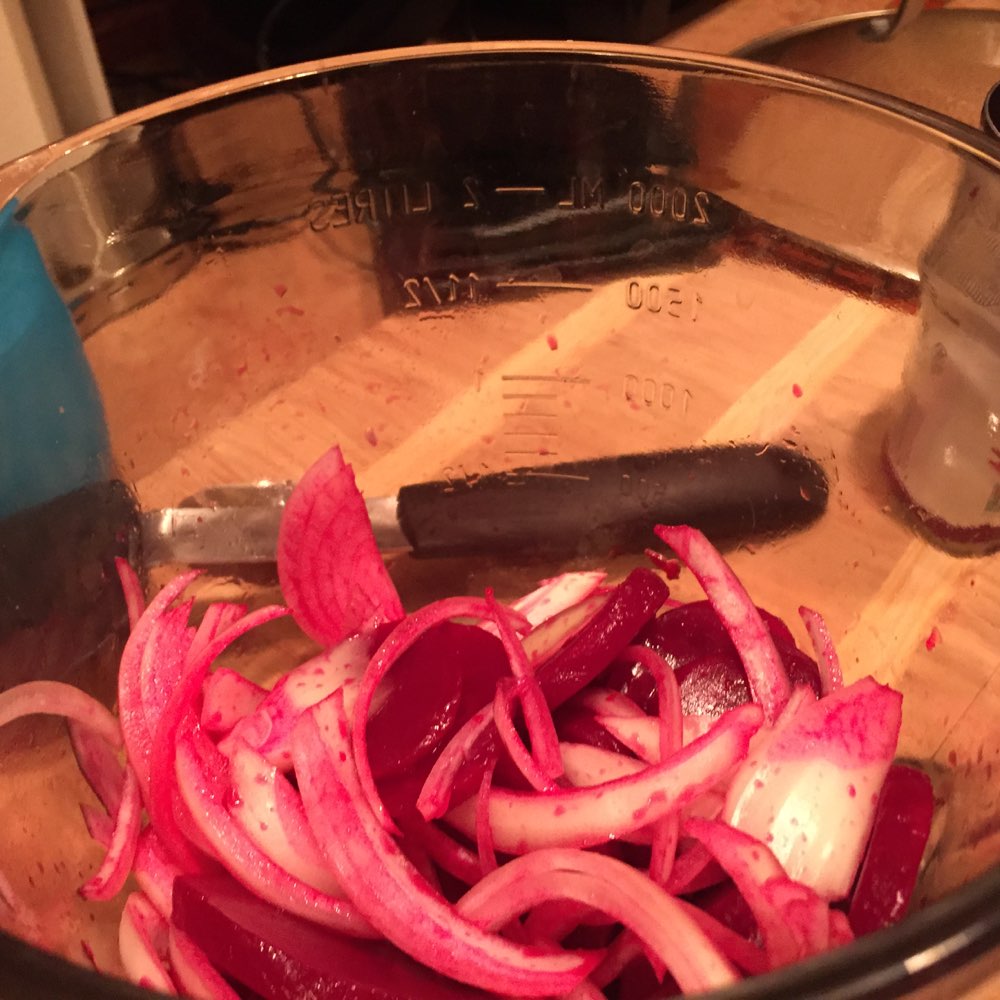 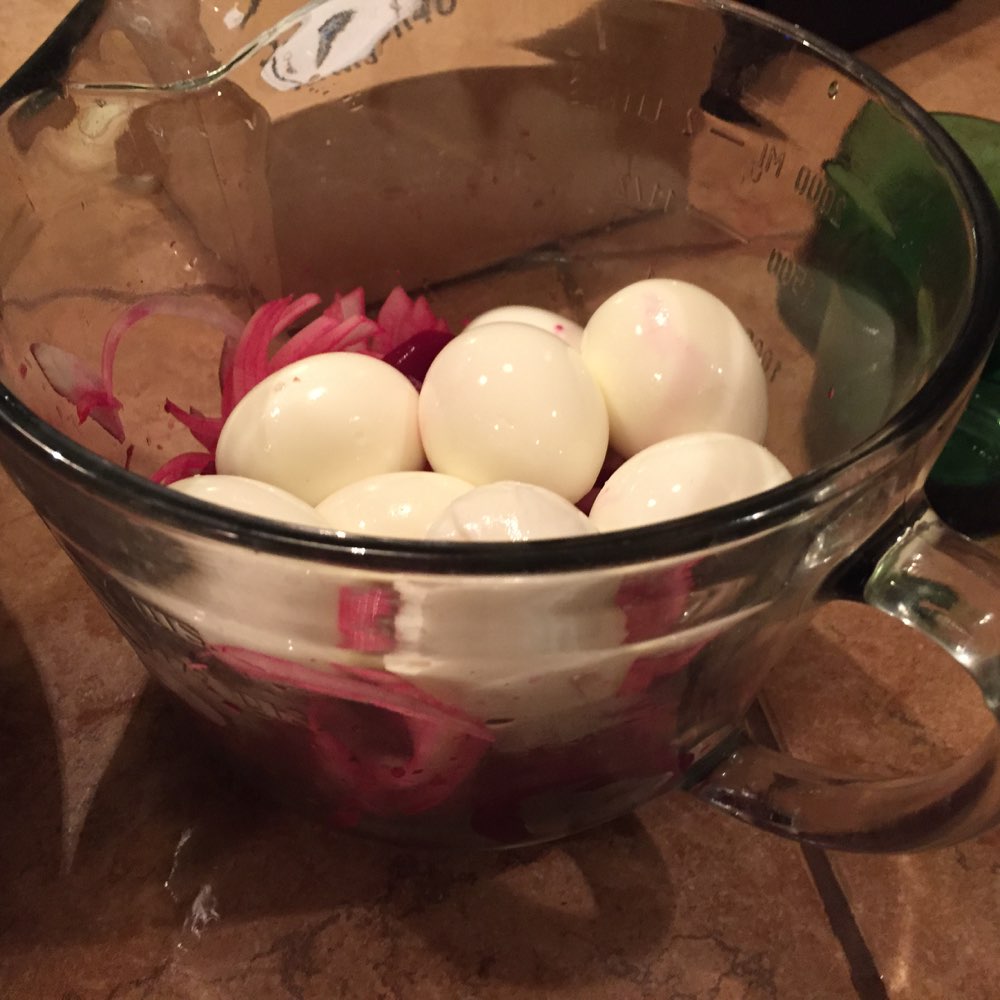 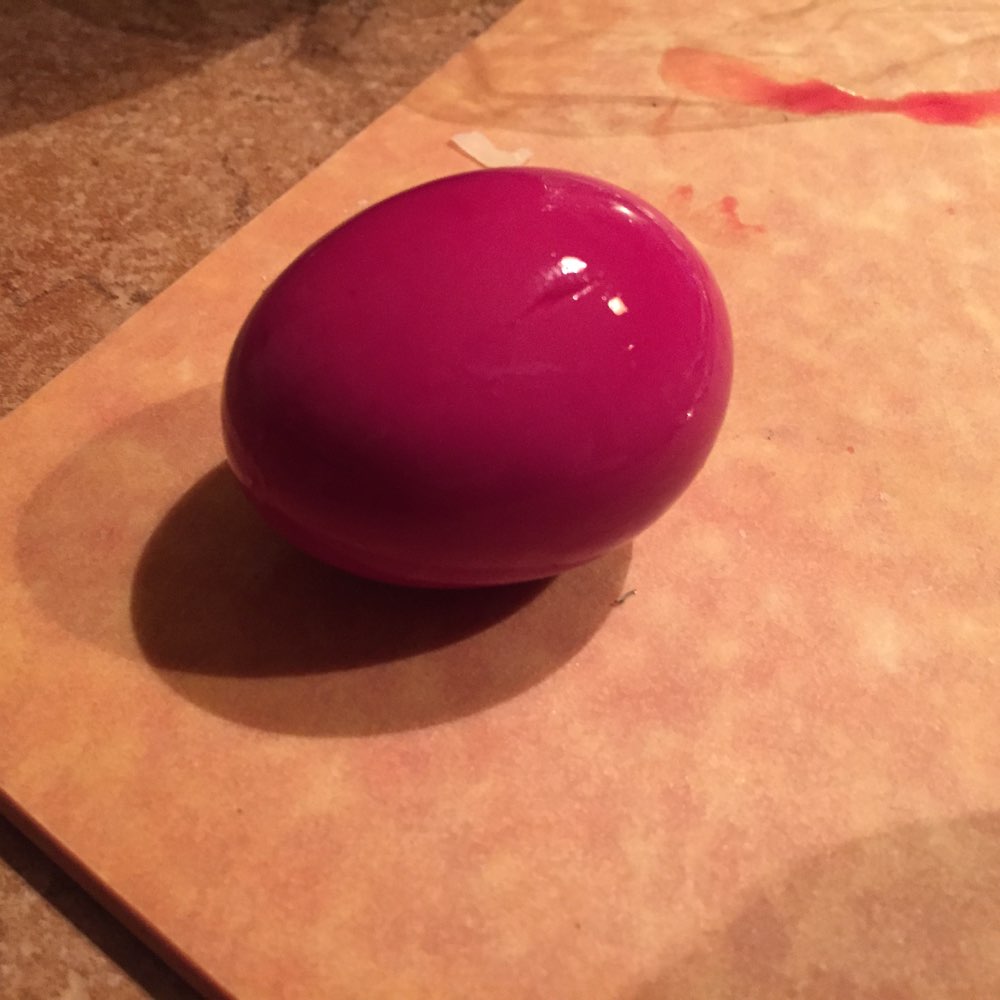 After I finished all of the original eggs, I added more hard boiled eggs to the "brine". I had also already eaten probably half of the beets and some of the onions.

Still, after a week, the new batch looked pretty good. It was a bit less intensely colored and slightly less flavorful, but I would do this again. Maybe try to leave more of the beats until after the second batch. Or, maybe add another can (even though that would throw off the amounts1)

Picture of a second-batch egg: 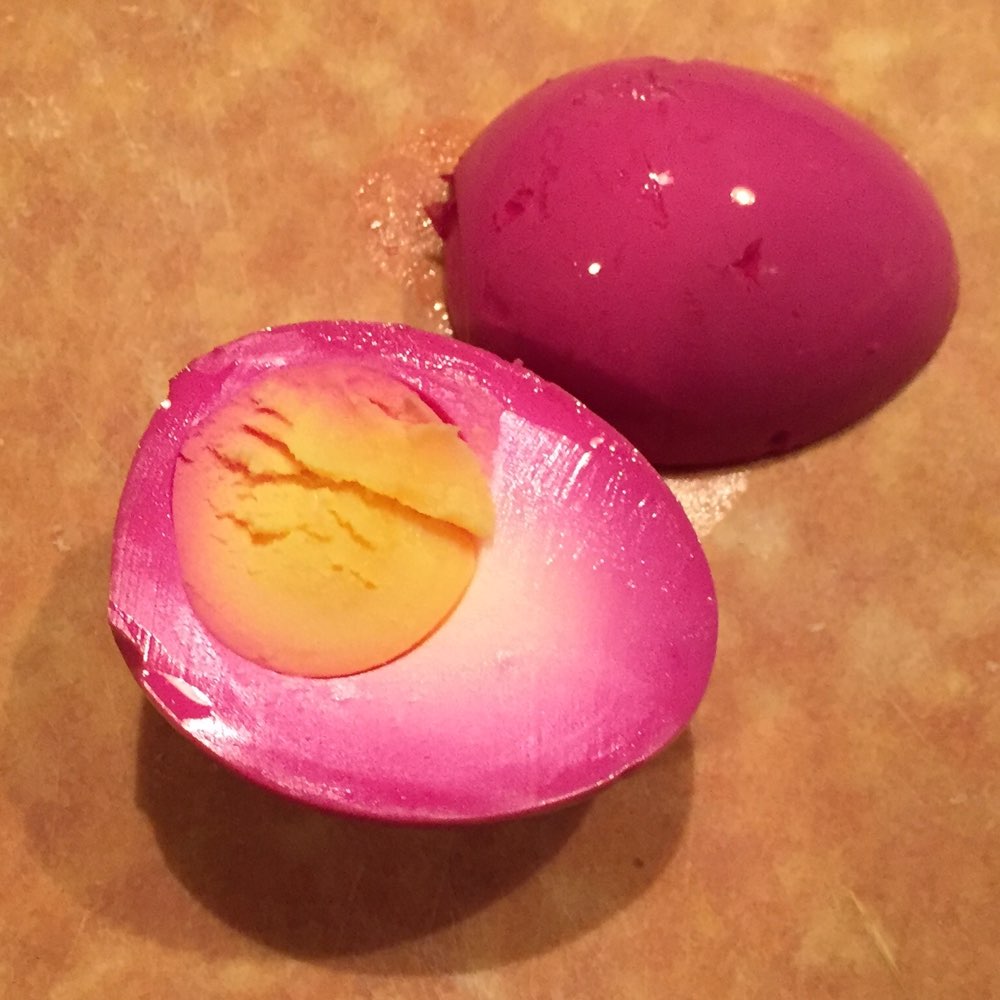