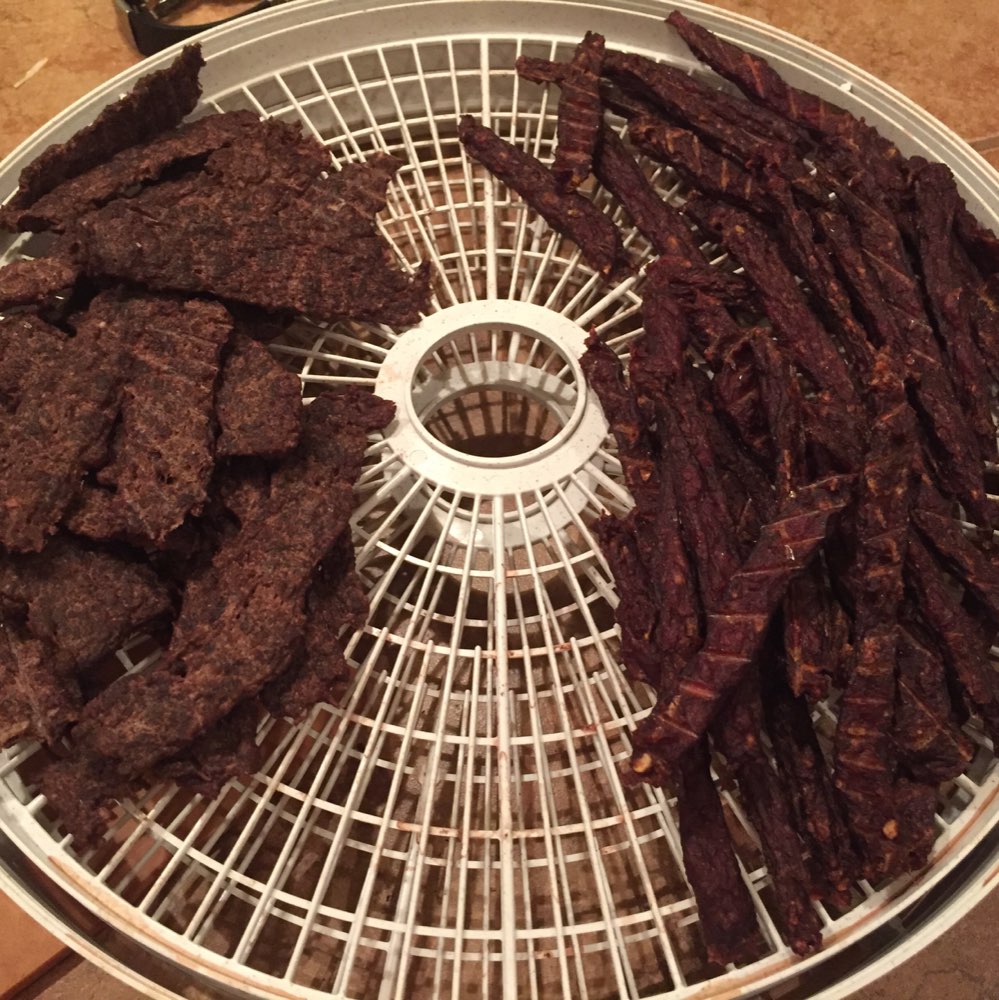 I made beef jerky again. I was a bit more time constrained. I made the marinades, let them sit to meld flavors for a little bit and then I marinated the meat for about an hour (out of the fridge).

I think I may have come to a stable recipe. It is basically like the one from last time but less juniper and I replaced the water with extra apple cider vinegar.

Combine all but the beef and heat just enough to dissolve the sugar. Let flavors meld for 10+ minutes and marindate with the beef for an hour to a day.

I wanted to try to make something New Mexican so I went with red chile. The plan was to do it with close to normal amounts of liquid and blend it but the vitamix needed more liquid to grab everything. I think I ended up with about 1/2 a cup which made for a very wet jerky. I had to let it dry for about an hour more than the other one. I also did this one with the sticks instead of strips but I think from now on, I will just use the strips. I got some of the ingredients from red chile sauce recipes.

Flavor wise, it has a little kick and was overall ok. It could probably use some work on the flavors and more heat.

Toast the whole chili pods about half way, then cut off the stem and let the seeds stay in the pot. Finish roasting and add the water and turn off the heat (the water will likely boil right away). Let steep for ~5 min.

Remove the peppers but reserve the water. Combine all other ingredients but the beef in the blender. Add the minimal amount of water possible to the blender to get it going, starting with the pepper water (with the seeds removed). I needed about a 1/2 cup total. Use as little as possible.