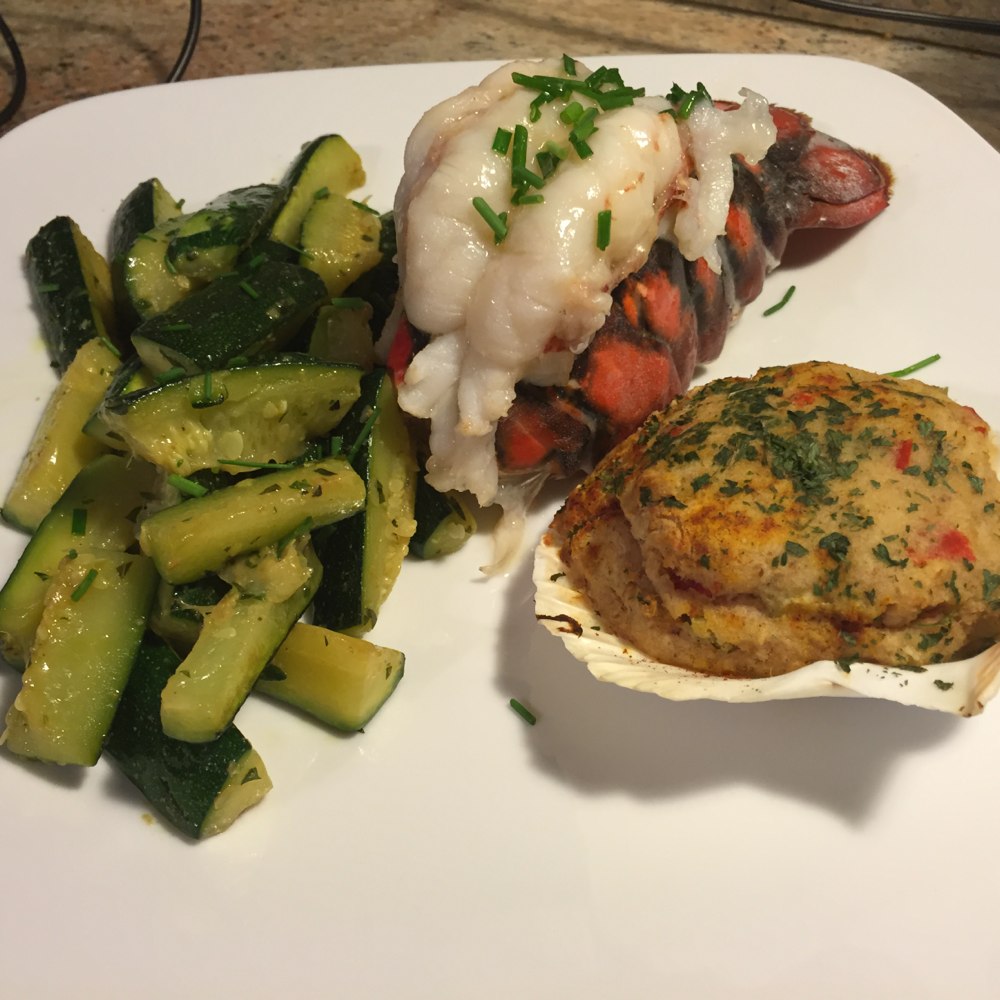 Meredith was craving seafood and getting a bit stir-crazy in the dessert so we had a seafood night of lobster tail and crab cakes (the latter was purchased pre-made from Sprouts).

For the lobster tail, we tried baking it instead of grilling it. We read a bunch of different things and ended up with the instructions from LobsterGram (Local 1), Actually the video really helped so I also copied that to the local page.

It was pretty easy and I recall seeing it done this way at some restaurants. We baked it for about 10 minutes (it needed more than the video called for). We put some melted butter on the top before baking it and then again after with chives (from the garden).

We also made sautéed zucchini with a little bit of butter and more fresh herbs from the garden (marjoram,thyme, chives) and also some (roasted) garlic powder and salt.

The crab cakes were pre made from the grocery store. 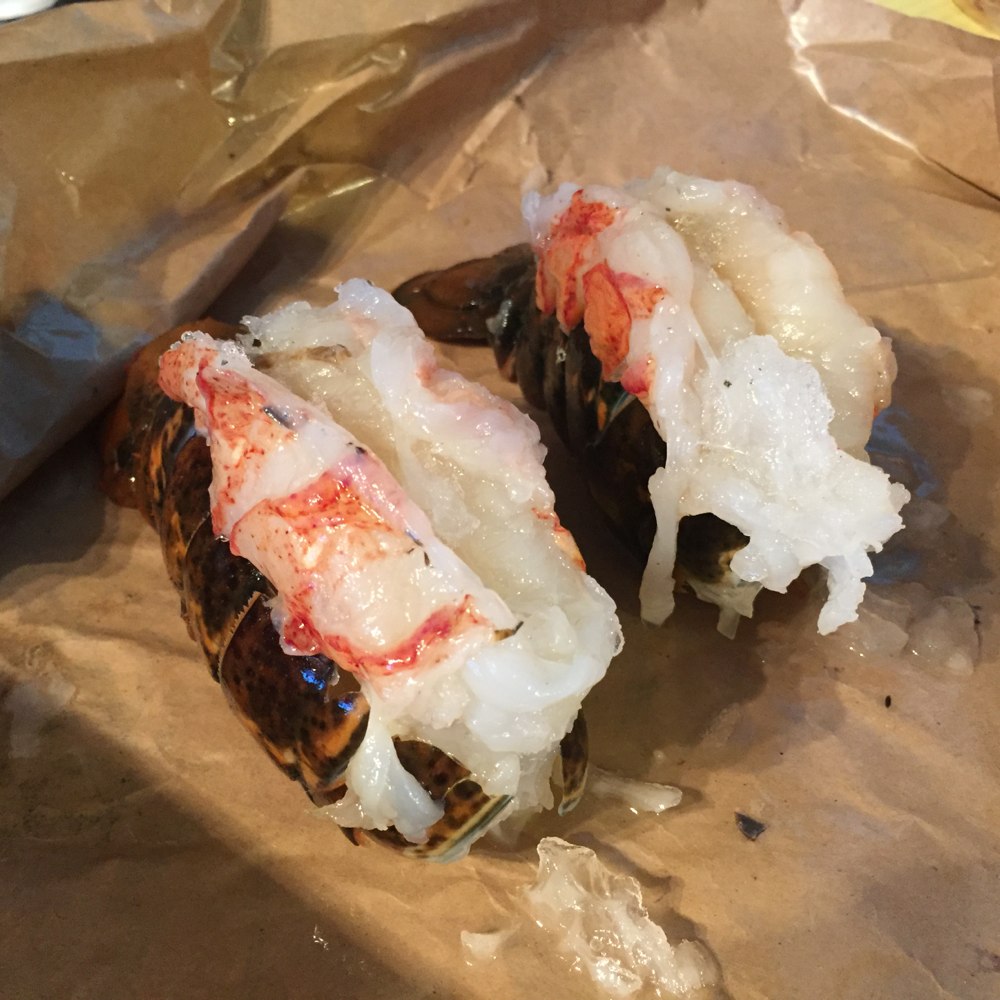 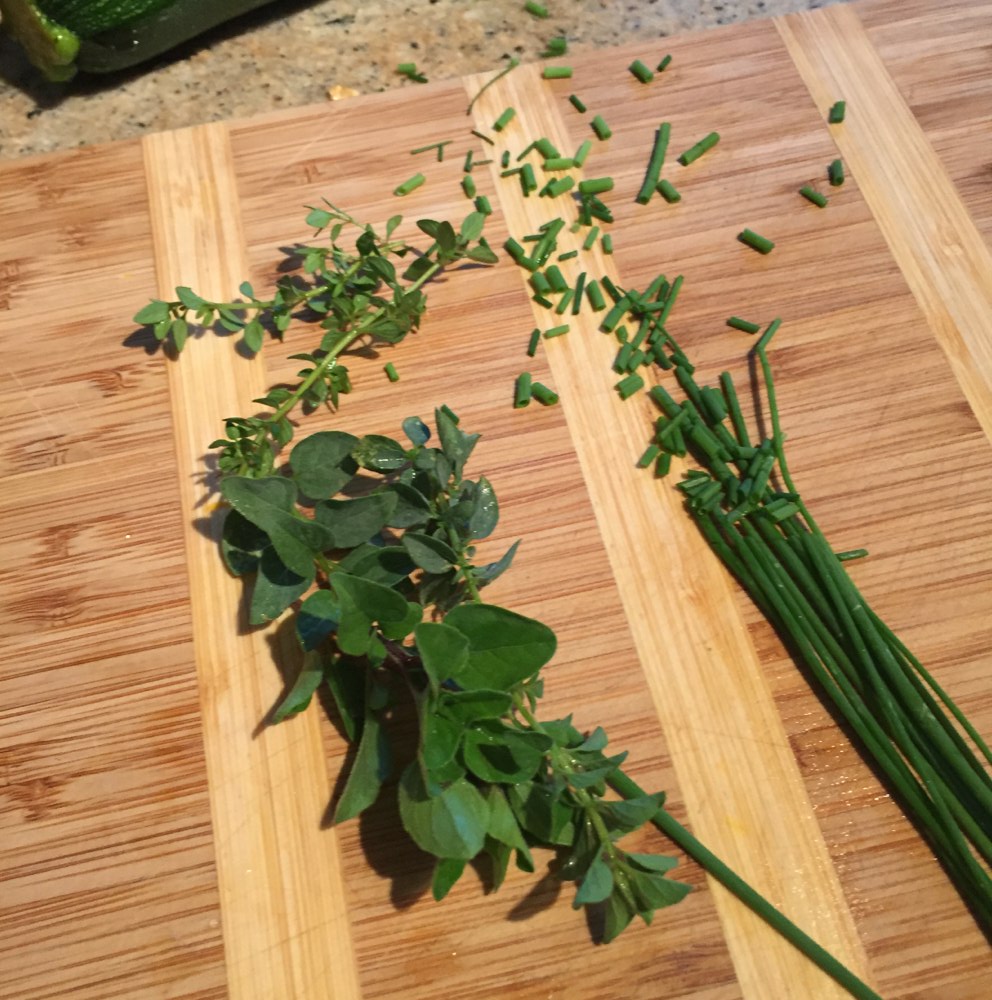