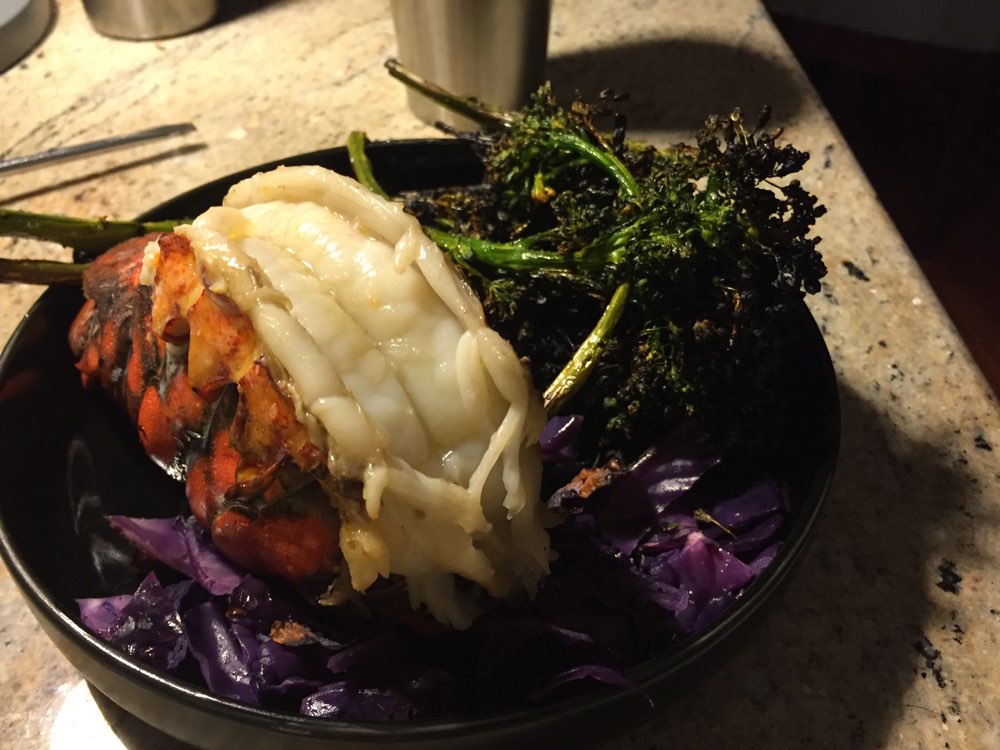 We weren't super hungry so lobster tail and vegetables made for a nice meal.

We based the Broccolini was based on last Saturday. The idea was pretty good, but I overcooked it. They were a bit charred.

We also had cabbage. It was leftover from lunch we were prepping. I put it in a foil packet and let it heat up on the grill. I then opened it up a bit. This worked ok. It was a bit of an experiment.

Finally, the lobster tail was just like last Thursday. I did it in the toaster oven which had a burner towards the top. Because of that, I think it looked more cooked than it was on the inside. I think it was fine, but next time I would let it go a bit more.

So in the end, the broccolini was overcooked and the lobster was undercooked. Oh well... Hopefully it would be better next time.