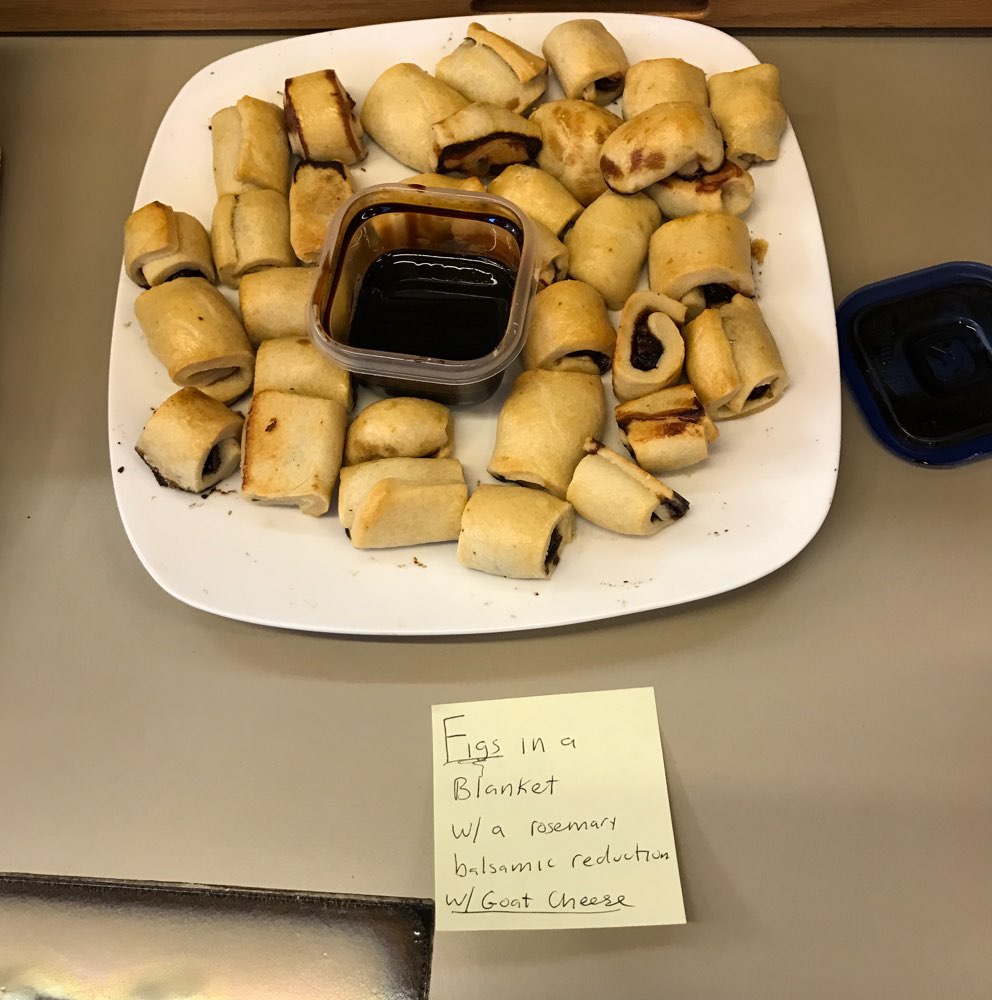 I was invited to a Mad Science Party where the goal is to make (or bring) something you've never made before (See also: 2015-09-18 and 2016-04-16). I was going back and forth with different ideas but I actually had "Figs in a Blanket" at a tailgate and I decided to do something like this and jazz it up.

Also, Meredith is out of town so I use goat cheese since I could. I vacillated on whether or not to buy dough or make it and if I were to make it, did I want I want to make it with a yeast base or a different leavener.

I went with this one from Maya's Kitchen (Local Copy 1). I kept it pretty much as they say (including the boiling water, but with all white flour) and added a bit of salt. I was a bit worried that it would be kind of boring and not have the butterness, but I guess the (copious) oil helped. Like I said, I added some salt, but it could have used a lot more.

I didn't really follow any recipe for the balsamic reduction, but the general idea was that I took about 3/4 cup of Kirkland balsamic vinegar with a bit of sugar and a bit of rosemary. I let it reduce to just about half.

Anyway, I rolled it out as seen in the photos. It was a super oily dough but I got it to work well enough. I certainly had some variation with the sizes but it worked fine. I put a small dab of goat cheese down, then half of a dried fig and a bit of the balsamic.

Like I said, I was a bit worried about the flavor of the dough but it was pretty good, though needed more salt. The other flavors were good, but you couldn't really taste the goat cheese and/or balsamic vinegar in some. I served it with some extra vinegar as dip and that worked well. 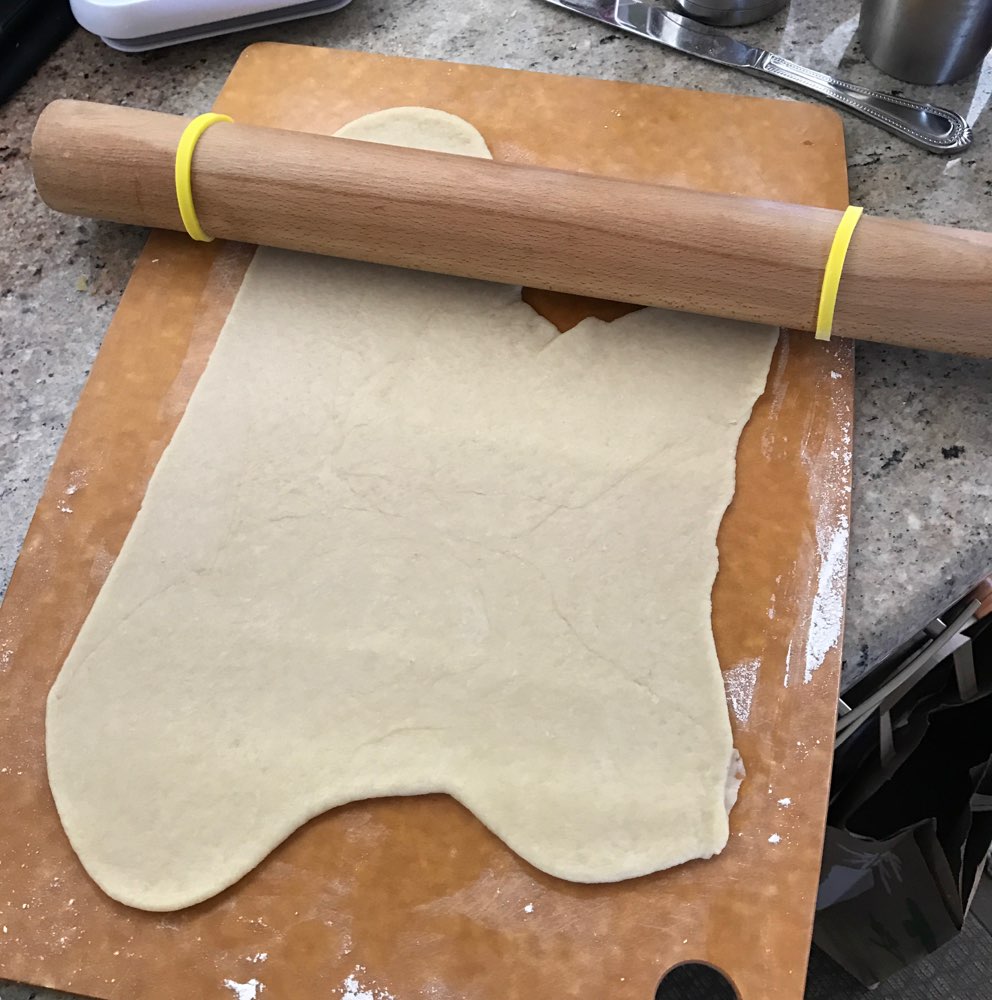 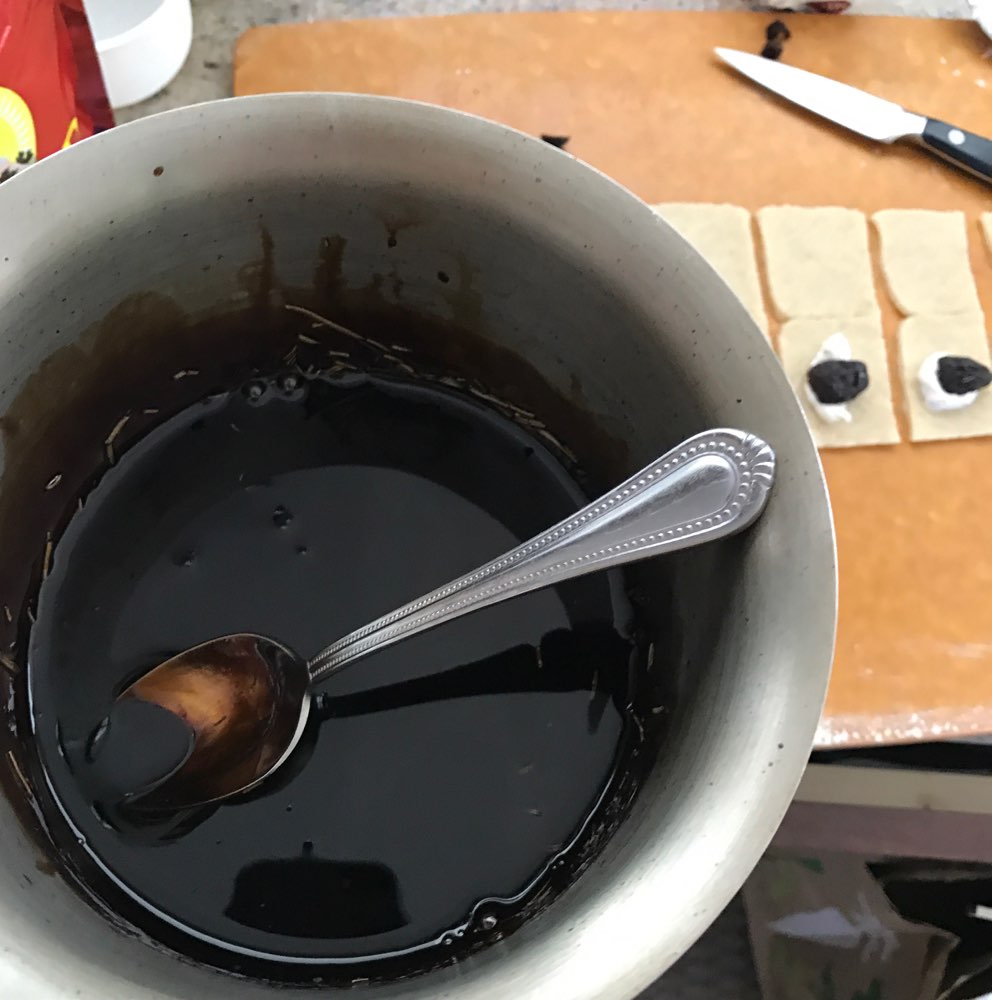 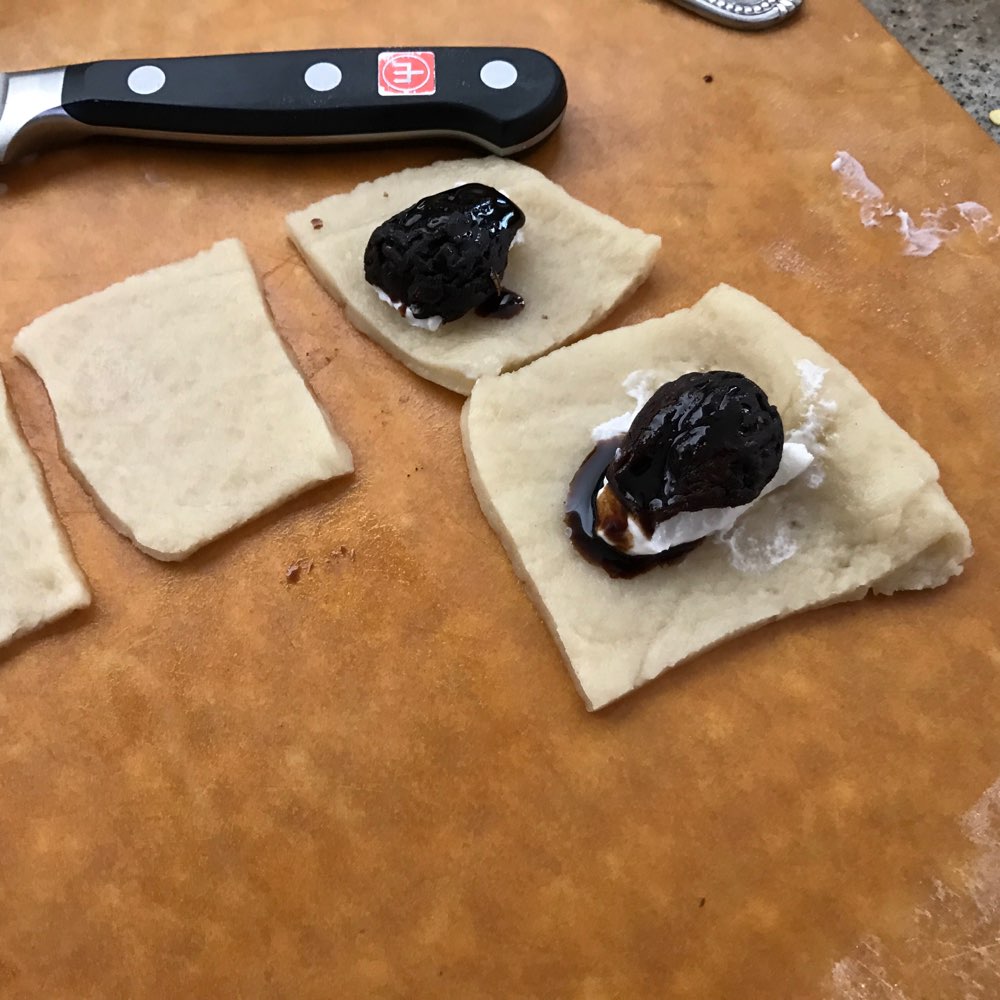 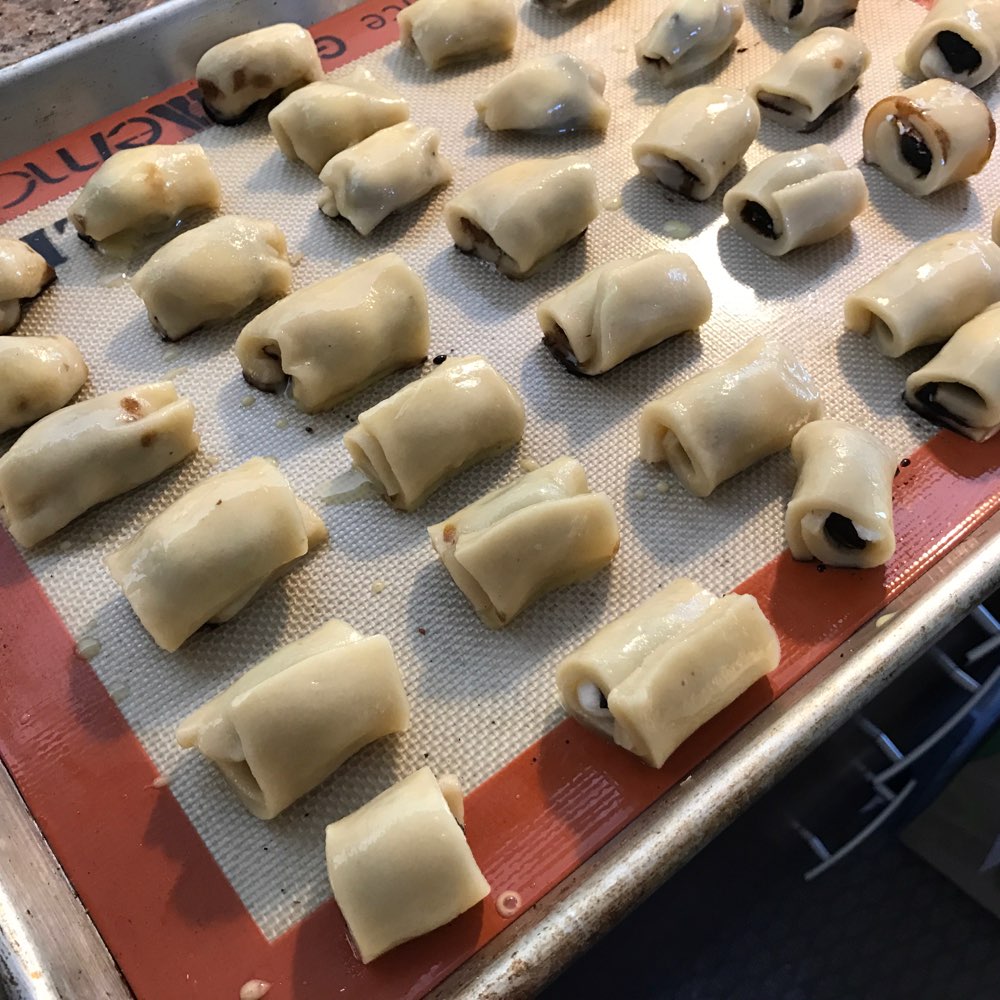 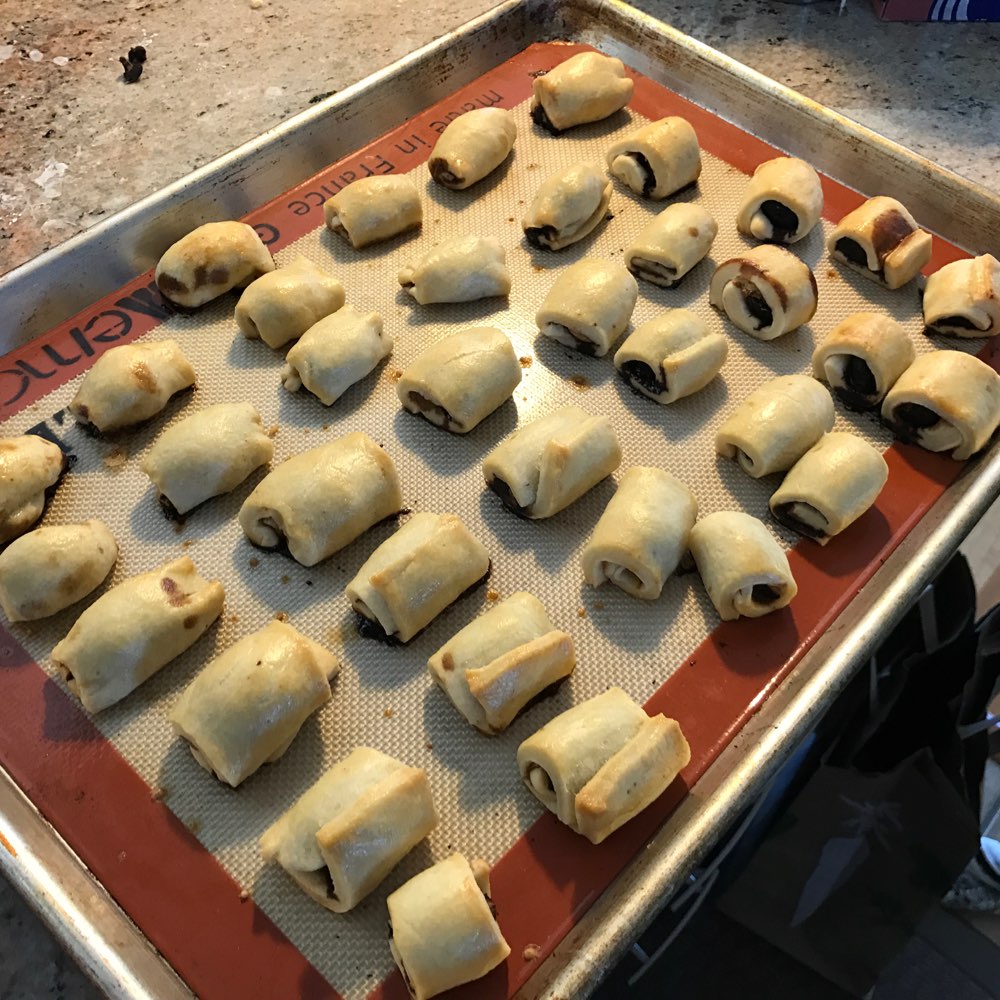