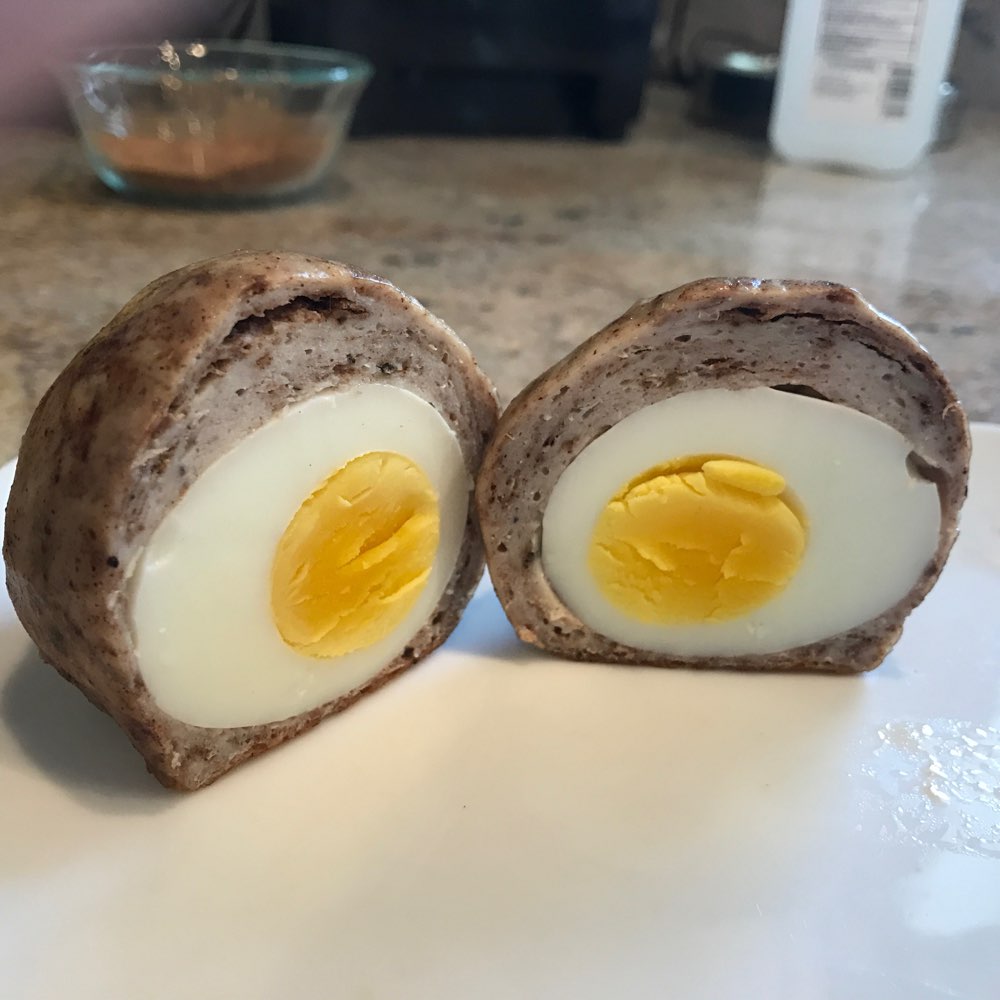 We prepped ahead and made turkey scotch eggs. We used the recipe from Stupid Easy Paleo (LOCAL) (and using their gingerbread spice -- local is on the other page).

We halved it with an extra 1/2 lbs of turkey from the night before with 3 hardboiled eggs.

They were surprisingly sausage tasting, though a bit dry. I would consider this again either for breakfast or using this sausage mix for other things.

Update: Made with beef 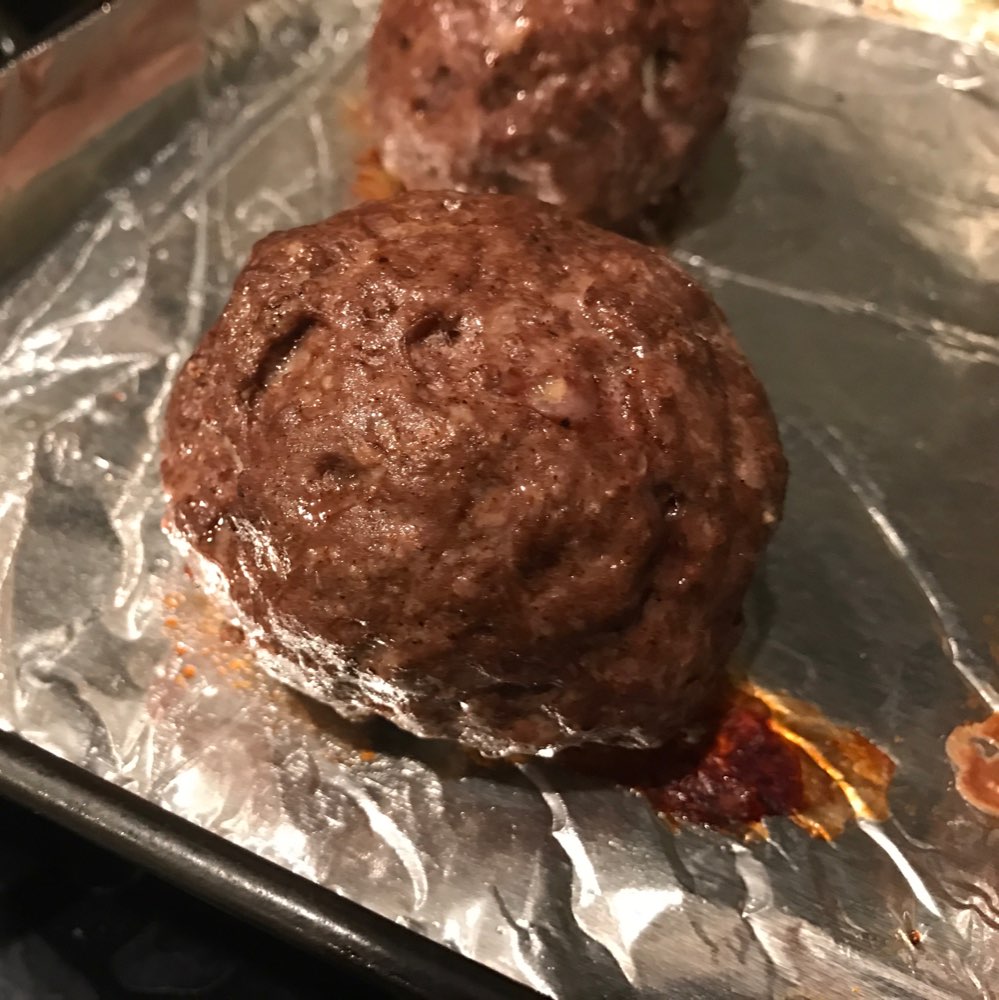 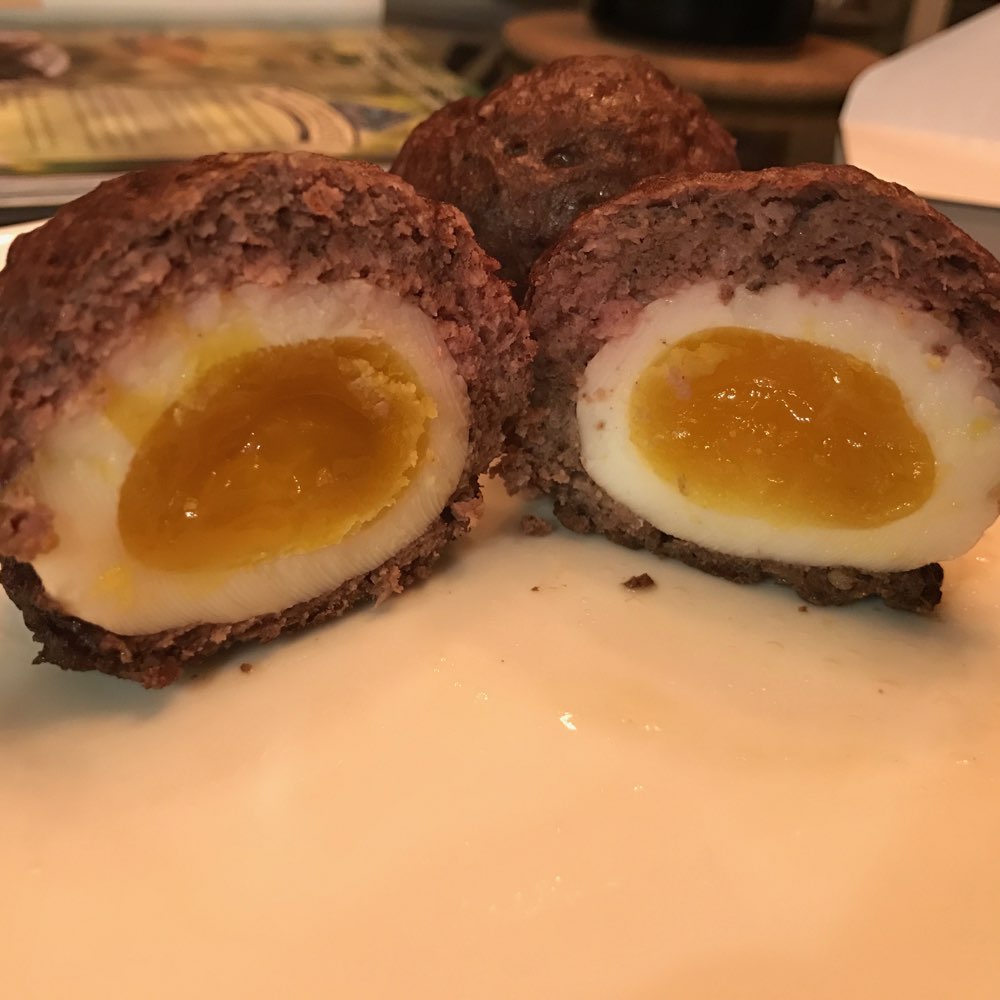 I made these again later with 93% lean beef. I did everything else the same except I did the eggs for only 9.5 minutes so that the insides wouldn't get overcooked. As you can see in the second picture, they were a bit undercooked after everything.

I did my very best to wrap them all and it worked well enough, except when I cooked them, the beef pulled back on some of it.

I think I liked the turkey more. With the beef, the flavors didn't meld as well and gave it a less-enjoyable taste. Certainly not bad, but I would do Turkey (or maybe pork?) next time.