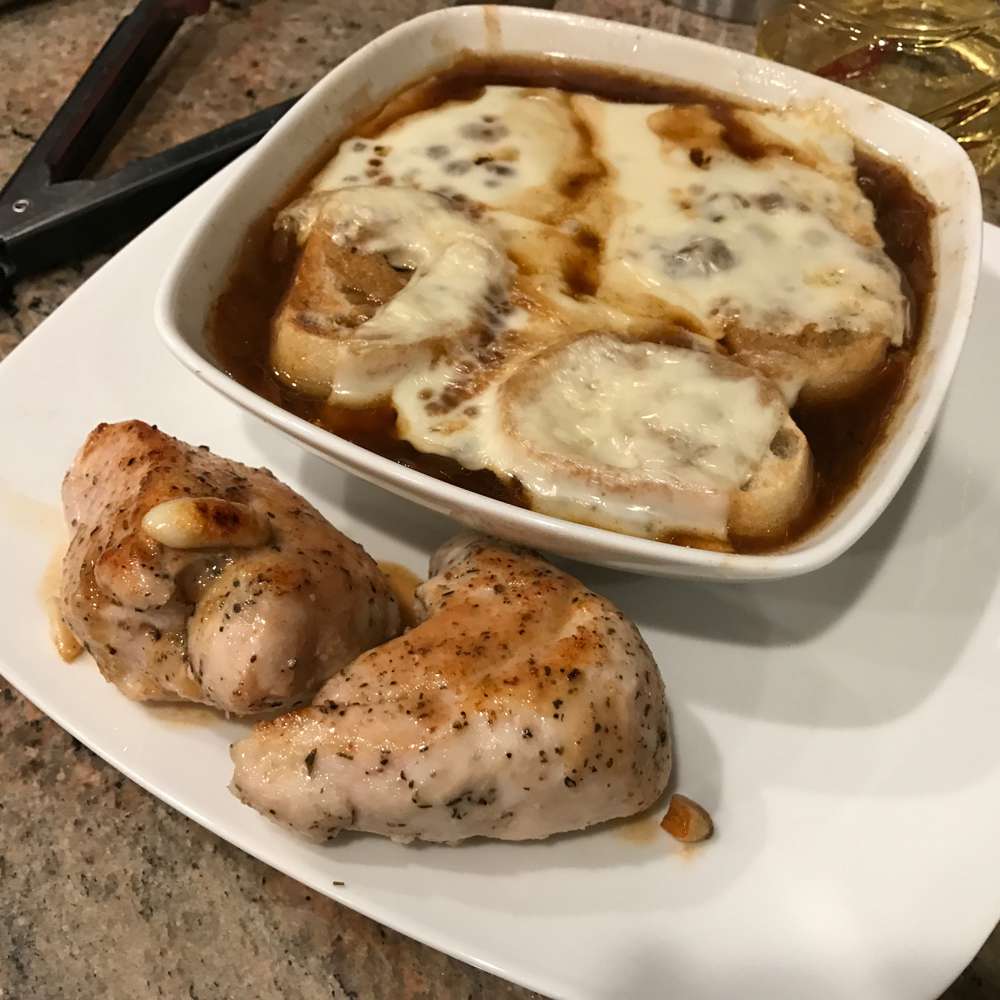 I had planned to make French Onion Soup a few days ago but didn't get to it until now. I caramelized onions a the night before I was supposed to make it but they ended up sitting in the fridge for a bit.

I heated them up but decided not to do the flour. I did however save the liquid from the 72-hour brisket. I used this as my beef broth, though it was less. The rest was chicken broth plus the wine.

And I let it simmer for about an hour and a half since the chicken was going.

On the chicken, I followed 2016-06-28 and did the chicken with a bit of butter, garlic, salt, pepper, roasted garlic powder, and Mural of Flavor. I let that sous-vide for 90ish minutes (probably more). I finally seared it on the pan for about 60 seconds per side.

I then made a bit of a pan-sauce from the liquid in the sous-vide bags. I liked the chicken a lot. A nice amount of flavor and (obviously) not overcooked.

The soup was fine. I thought it was maybe a bit too salty but that is pretty typical of soups.