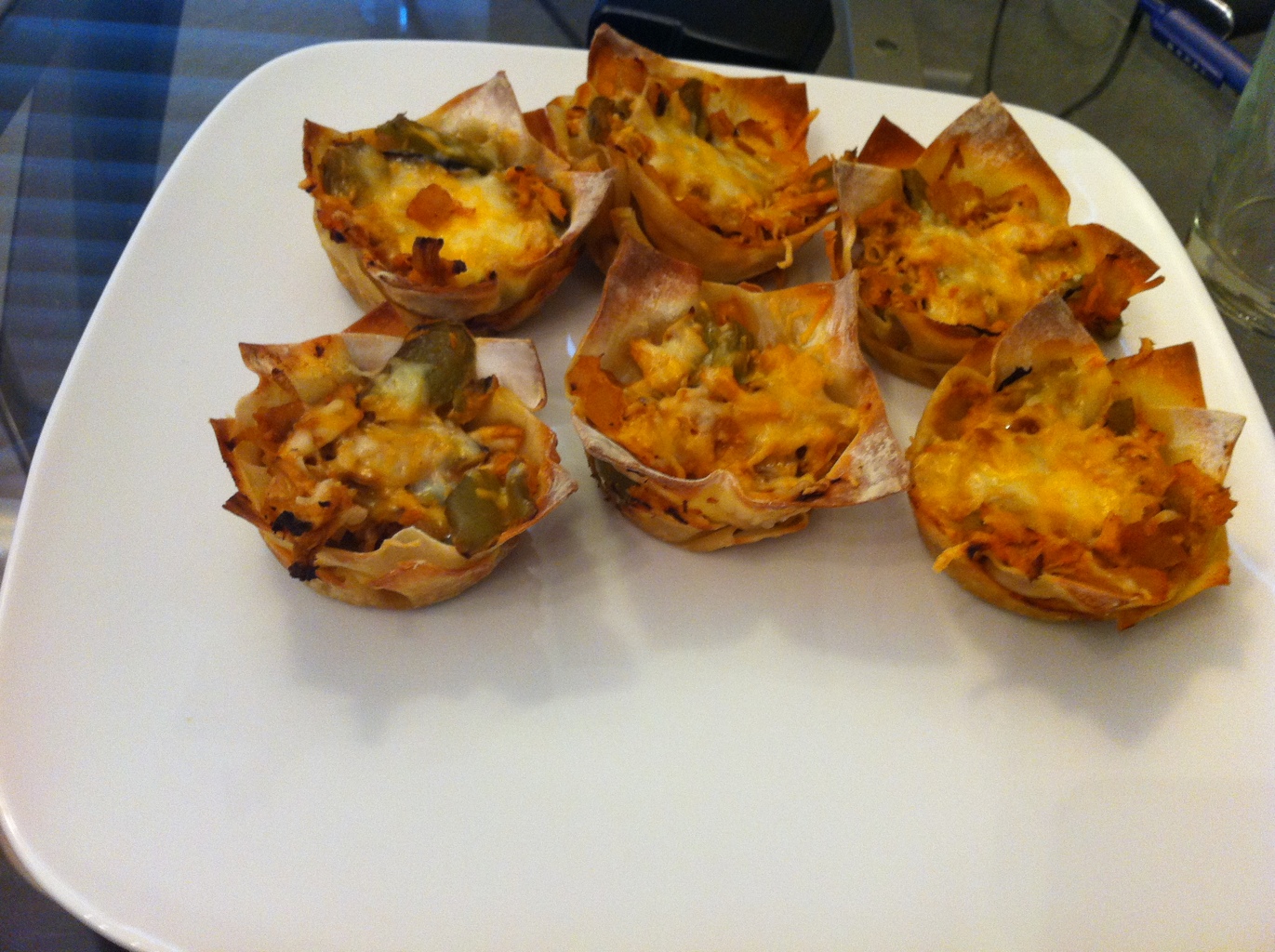 I basically used the same idea for "cupcakes" as I have use many times before. This time, I made them buffalo chicken style. I sautted onions and a green pepper, then I added the shredded chicken. I followed with a bunch of Franks Red Hot and then two laughing cow wedges. It probably could have used more Franks but I was weary of the saltiness.

As always, they were good. I like doing things cupcake style. It is easy and fun to eat.