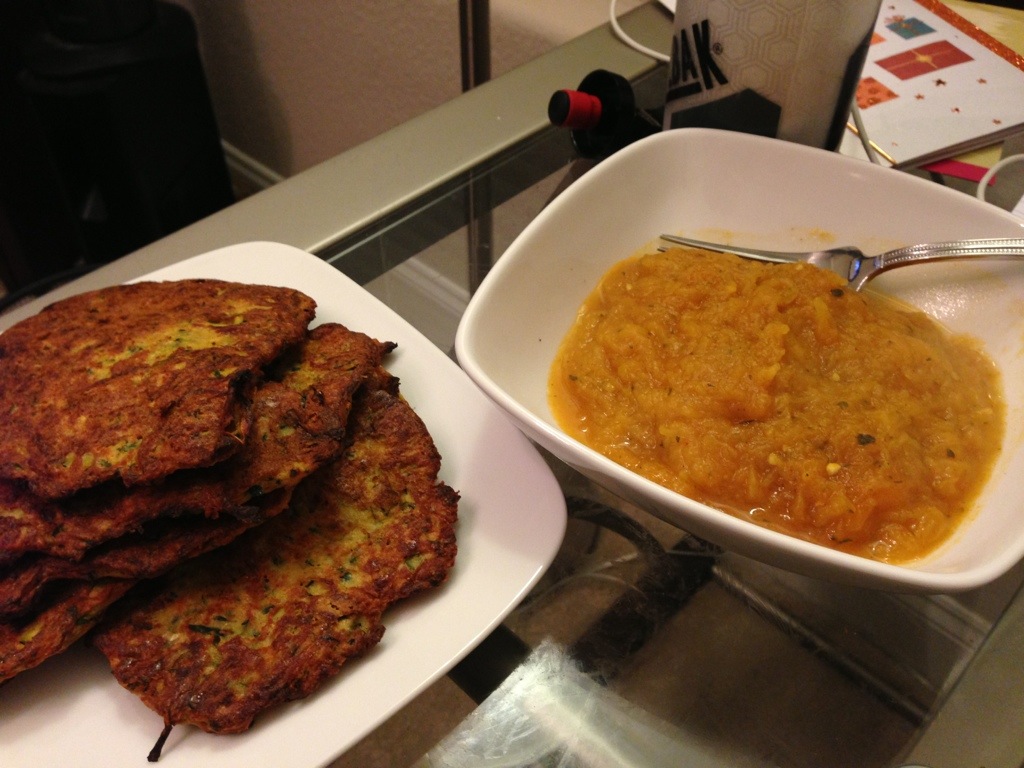 The spaghetti squash was based very loosely on the recipe below. Basically, I just used it for tips on how to deal with red-curry paste. I wasn't making soup though, so I didn't really need the majority of it. Anyway, I used about 2 tbsp of red curry paste though I didn't measure so who knows. I followed the instructions on frying it a bit in olive oil. I used 1 cup of (Osem) chicken broth with splenda instead of sugar.

The one thing I need to keep in mind in the future is that it takes a long time for all of the water to cook down. I should plan for that better time wise. Also, maybe a cup of water is too much. With tomato sauce, you are putting it on top but with the curry, both this time and last, it is more about the flavoring.

For the fritters, I followed the standard recipe, again with extra seasonings (paprika, onion powder, garlic powder, TJ's 21 seasoning, etc). However, instead of onion, I used_a lot_ of minced, dried onion. Probably a bit too much as it took over the flavor, but that wasn't a big deal. I did my normal pressing of thezucchinibetween trays with paper towel, but it was still pretty wet. I ended up letting it cook a bit longer to dry it out more. Also, for the first time ever, I didn't have to scrape it off the tray to flip. I do not know what changed, but I am not complaining.

I just reread the recipe and I used twice the amount of egg. Oh well. I'll be more careful next time.