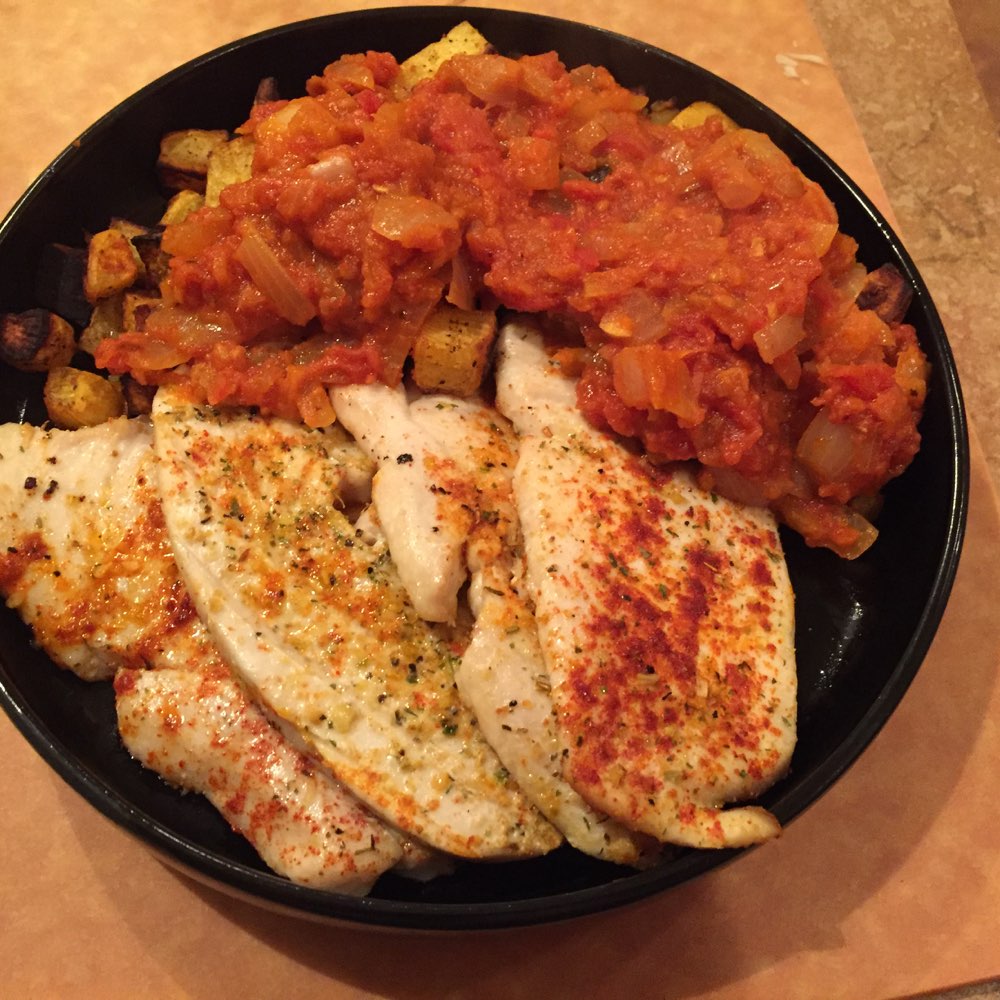 Meredith is out of town and I had been wanting to make something with rutabagas for a while so I went with this idea. I had done patatas bravas with rutabagas before on 2013-11-05 so I did the same thing, again using my regular sauce (but made spicy). Pretty straight forward. I did the rutabagas for 45 min at 425. It was tossed with some salt, pepper, smoked paprika, and some smoked salt. Actually, the smoked salt kind-of opened on me and poured in but I was able to get most of it out.

I read somewhere about baking turkey cutlets and they suggested an oven at 425 and doing so on a wire rack (probably because they are fake frying). I was already using that temperature so I went with it. I topped them with smoked paprika and McCormick Montreal Chicken Seasoning like I did on 2016-01-06 (except this time in the oven). Even with just 15 minutes, they were a bit over cooked.

Still, this was a very light and tasty. Not too much work either.