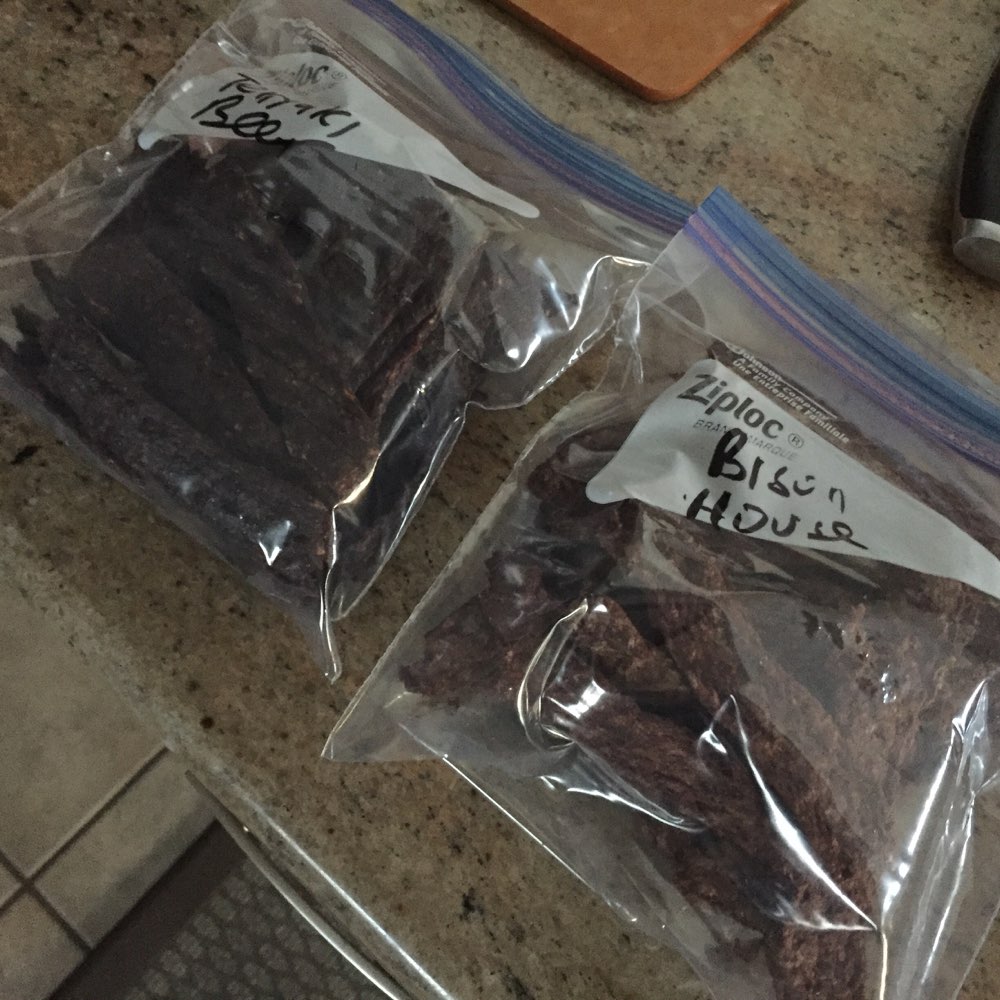 The beef was super (!!!) wet. 1/2 cup of liquid is really the absolute upper bound I think for how much goes into it!

This was just my usual house jerky with bison. The only difference is that I wanted to use regular salt so I used about 2 1/4 tsp Diamond Brand1 kosher salt aiming for about 2500mg. I think it was actually a bit too salty this time. Other than that, I kept to my usual recipe.

Sure enough, the teriyaki did dry up pretty well. Still a bit more moist (and chewy) than I wanted but I think that is what should be expected

Also noted is a buffalo jerky recipe I was going to do but ended up doing teriyaki instead. 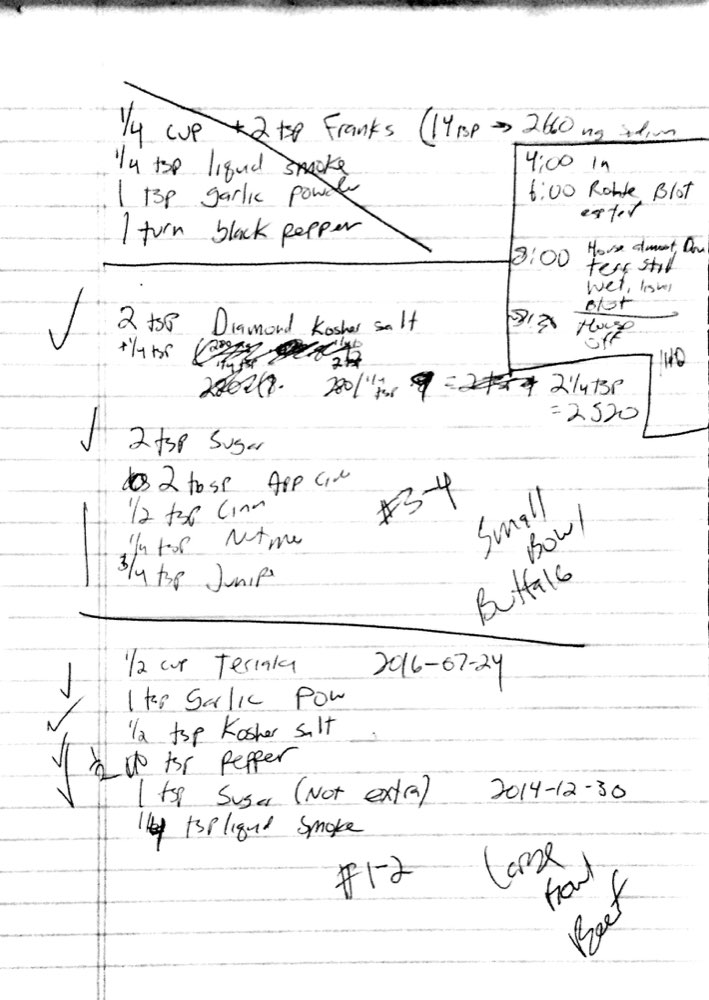