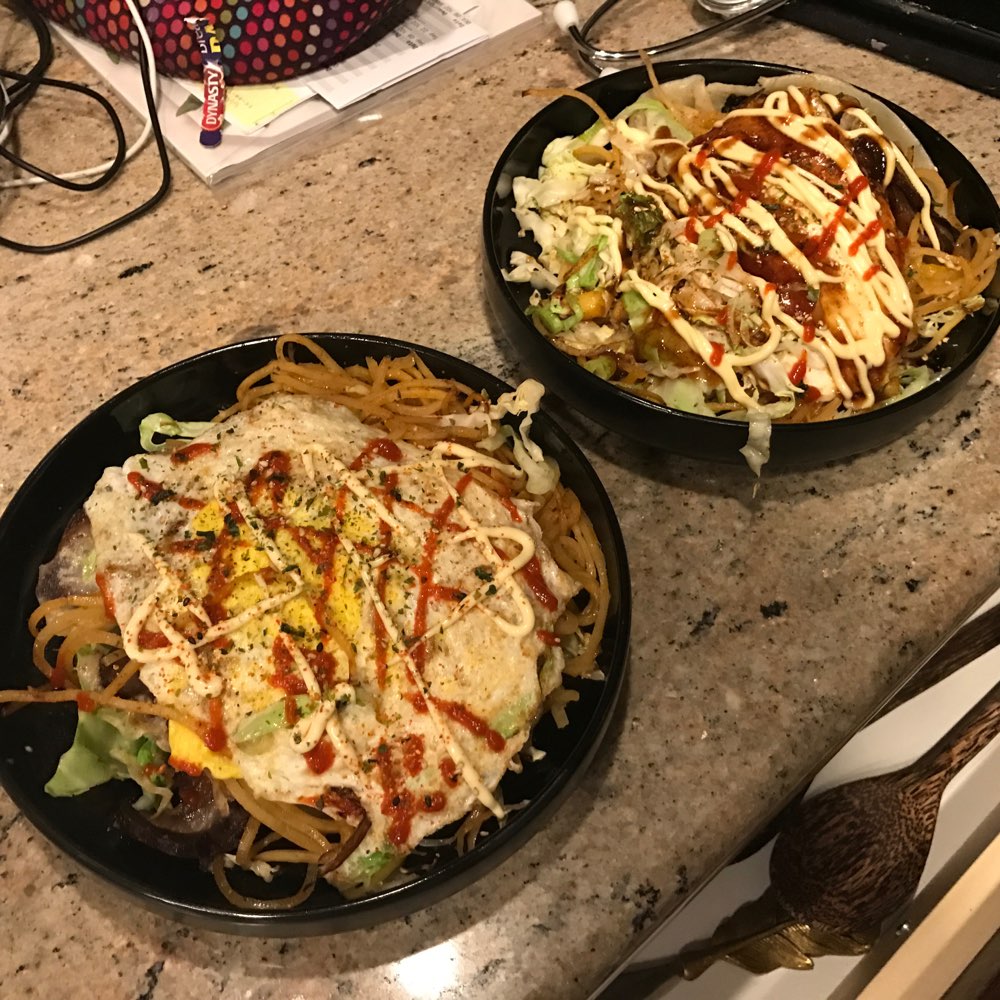 Meredith and I made a modified Hiroshima Okonomiyaki. We used the same basic recipe as the first time but with rutabaga noodles like the last. We had to make some changes again such as:

I think it worked pretty well for the most part. I had trouble flipping mine. And everything else but the bacon worked well. The bacon in the past was a great substitute, but this one (green chile flavor from Whole Foods) was really thick and fatty. That made it really hard to cook it down well on the pan and was fatty. So other than that, we liked it. It was a good bit of work but kind of fun.

Meredith also made delicata squash with the same method she used on 2015-01-01 but with less sugar and oil. That cooked nicely though it didn't really go with the Okonomiyaki. Finally, we made roasted cauliflower with smoked paprika, salt, and garlic powder but we're saving that for lunch.

Phew! Intense cooking for a Monday! 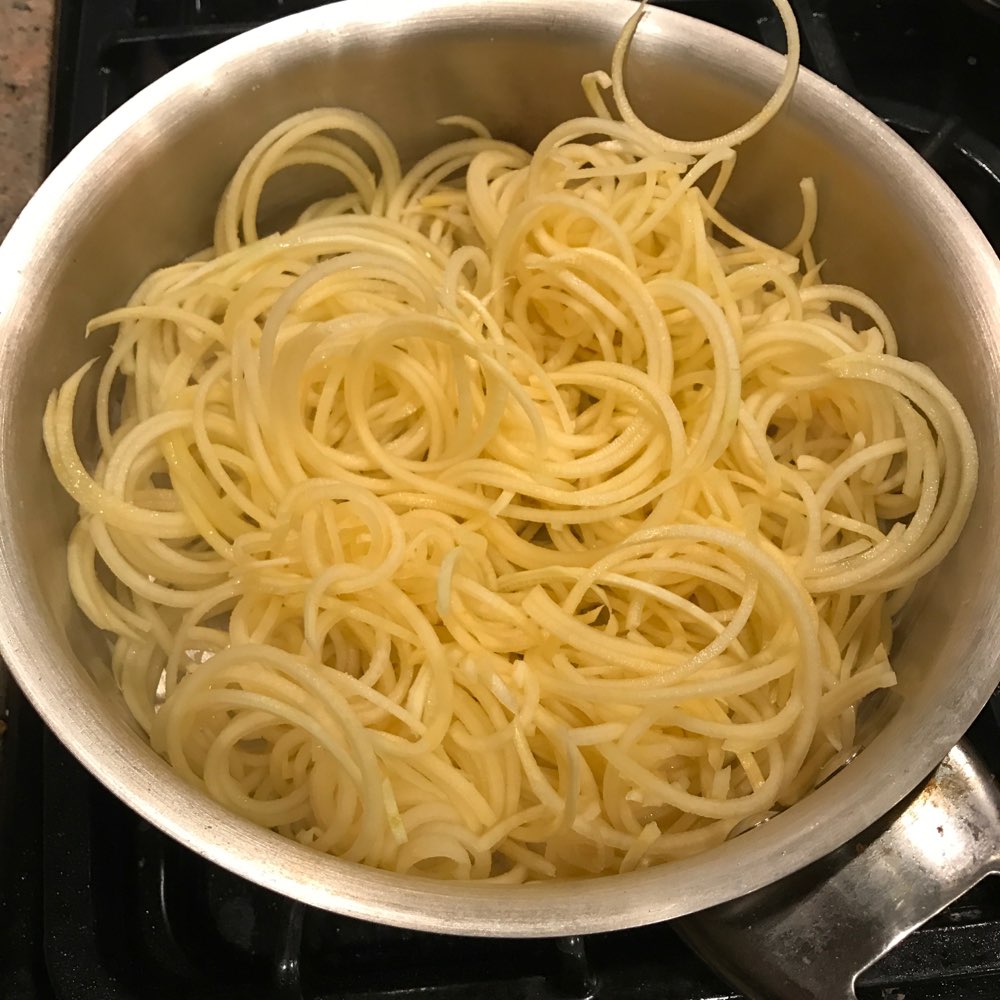 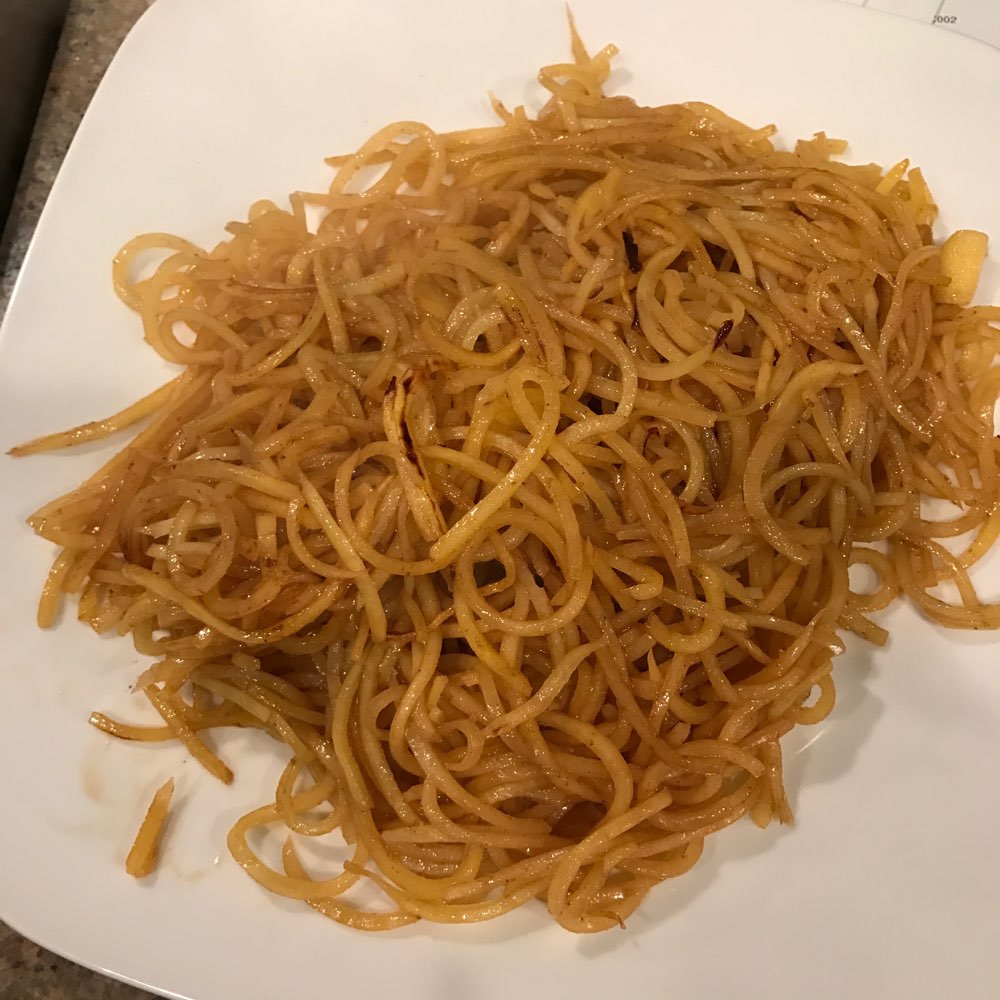 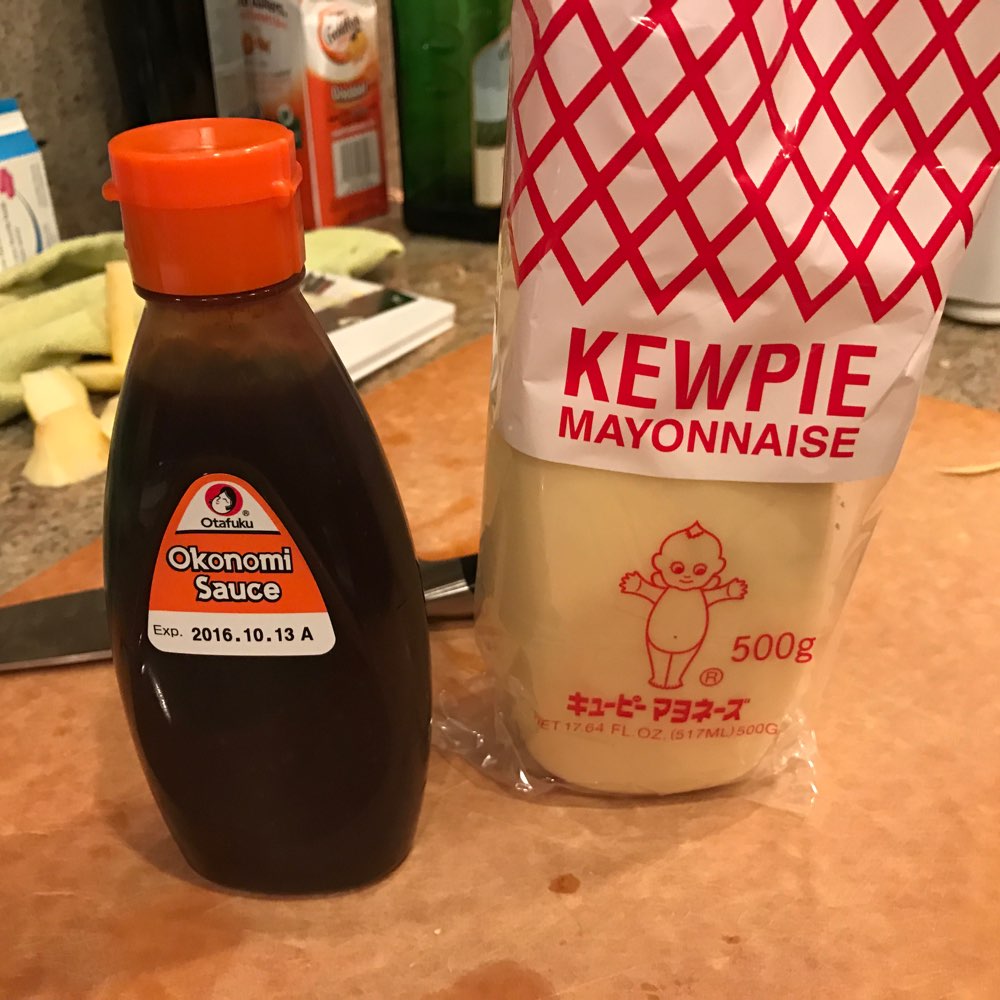 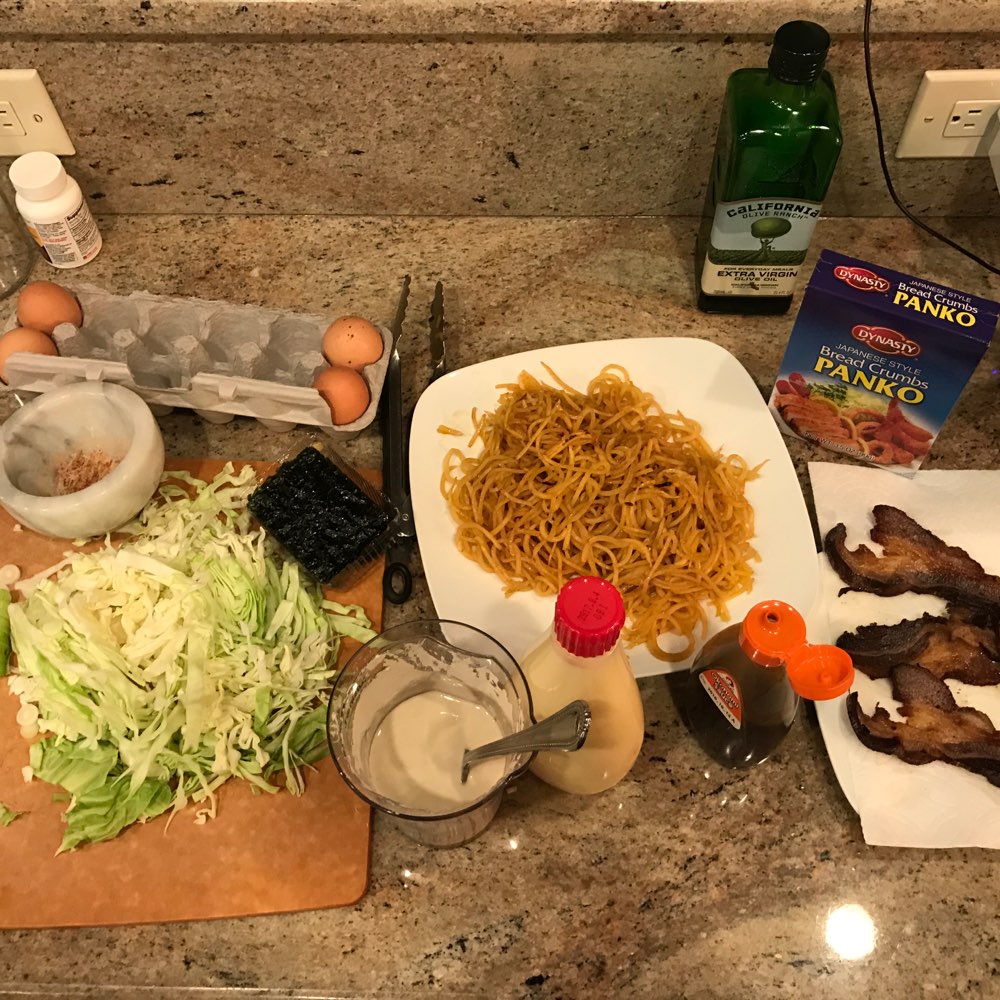 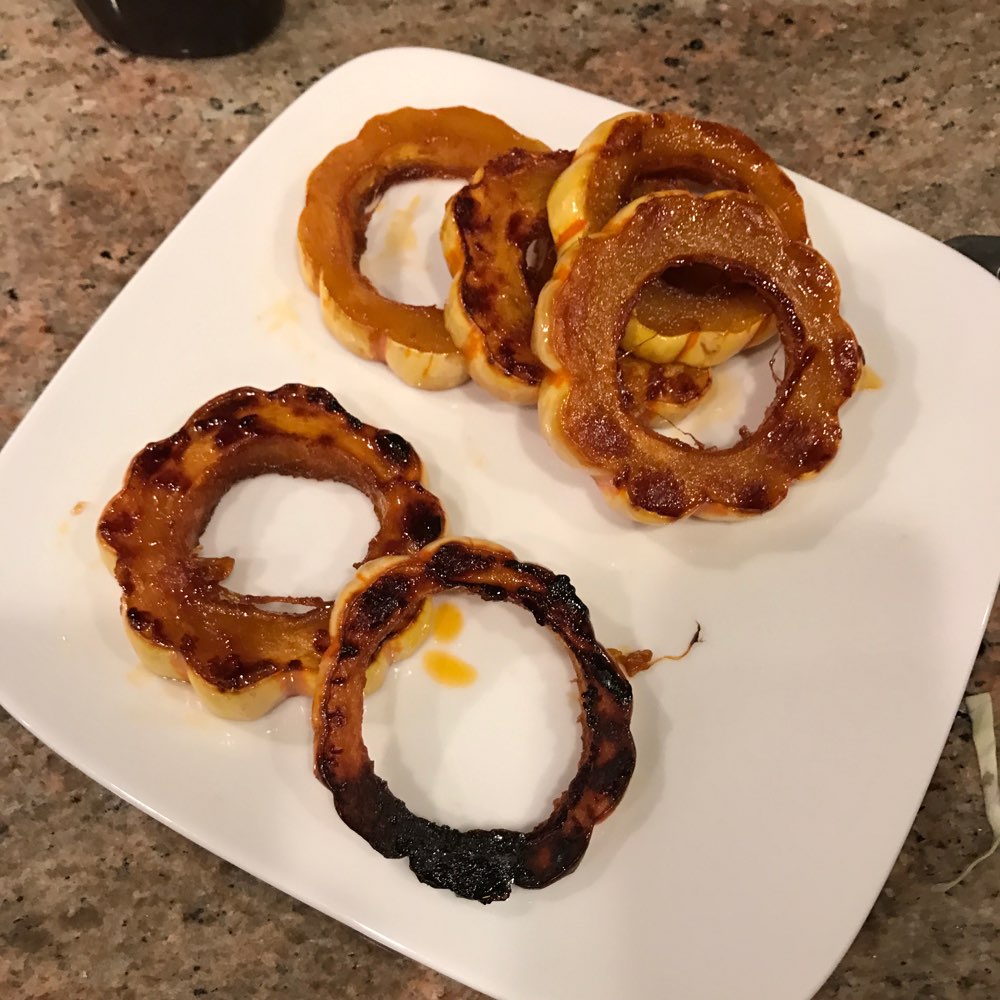